Slovakia’s capital – Bratislava was one of our comfort stop during our Taste of Eastern Europe trip. On our way to Prague, we were given a couple of hours to explore Bratislava.  The city is relatively small and a half day tour is very doable especially if you are coming from Vienna or Budapest.

The 18th century  historic city is known for its quaint and winding cobblestone pedestrian streets. It has a vibrant atmosphere that invites everyone to enjoy the fascinating sites of the Old Town.  The main square boast traditional restaurants, cafe’s and shops.

1. Explore the city with the Presporacik – Oldtimer 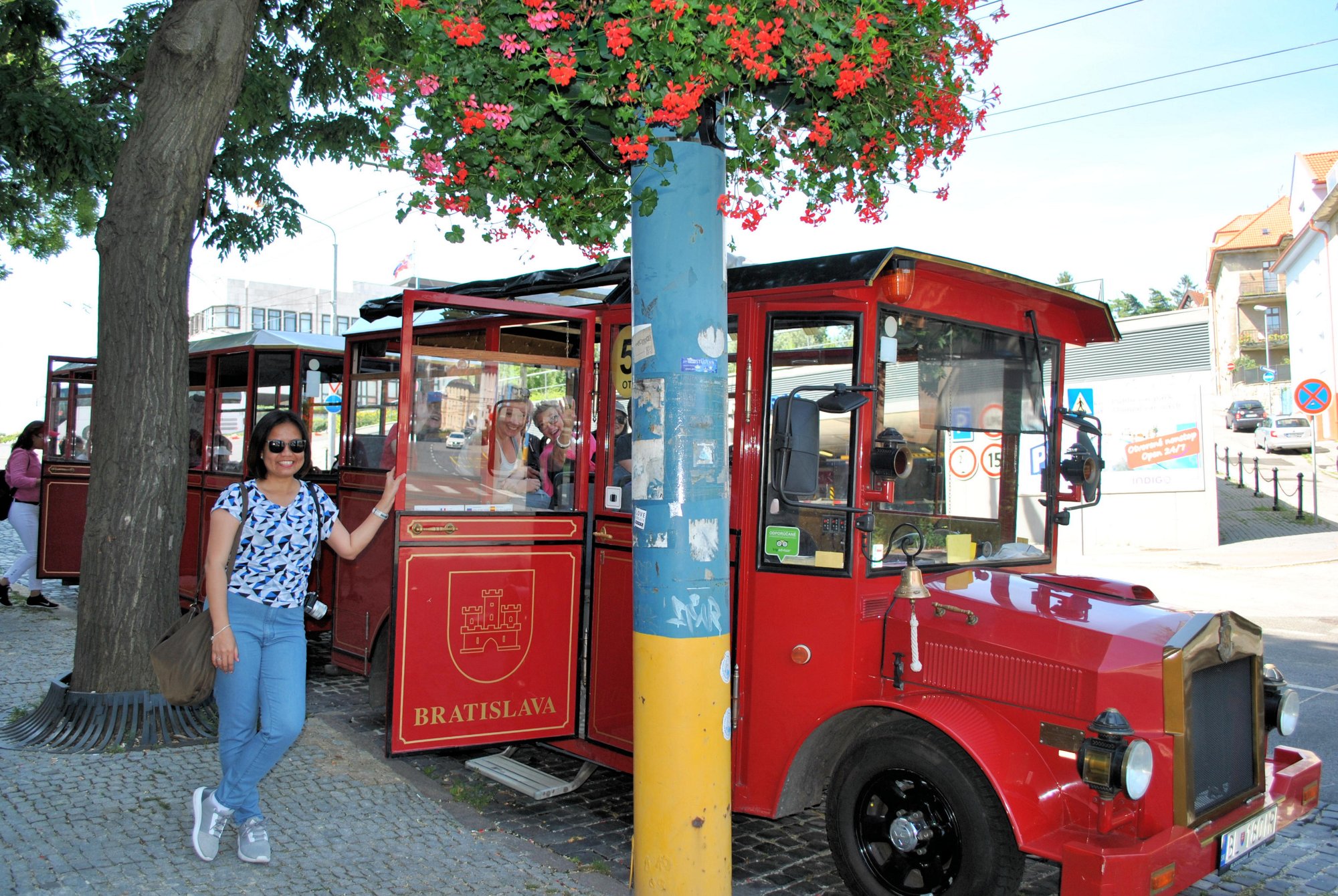 Upon our arrival in the city, our Oldtimer vehicle was already waiting for us. The vintage looking car train is equipped with an audio-guide where you can listen in several languages as you tour around the city. 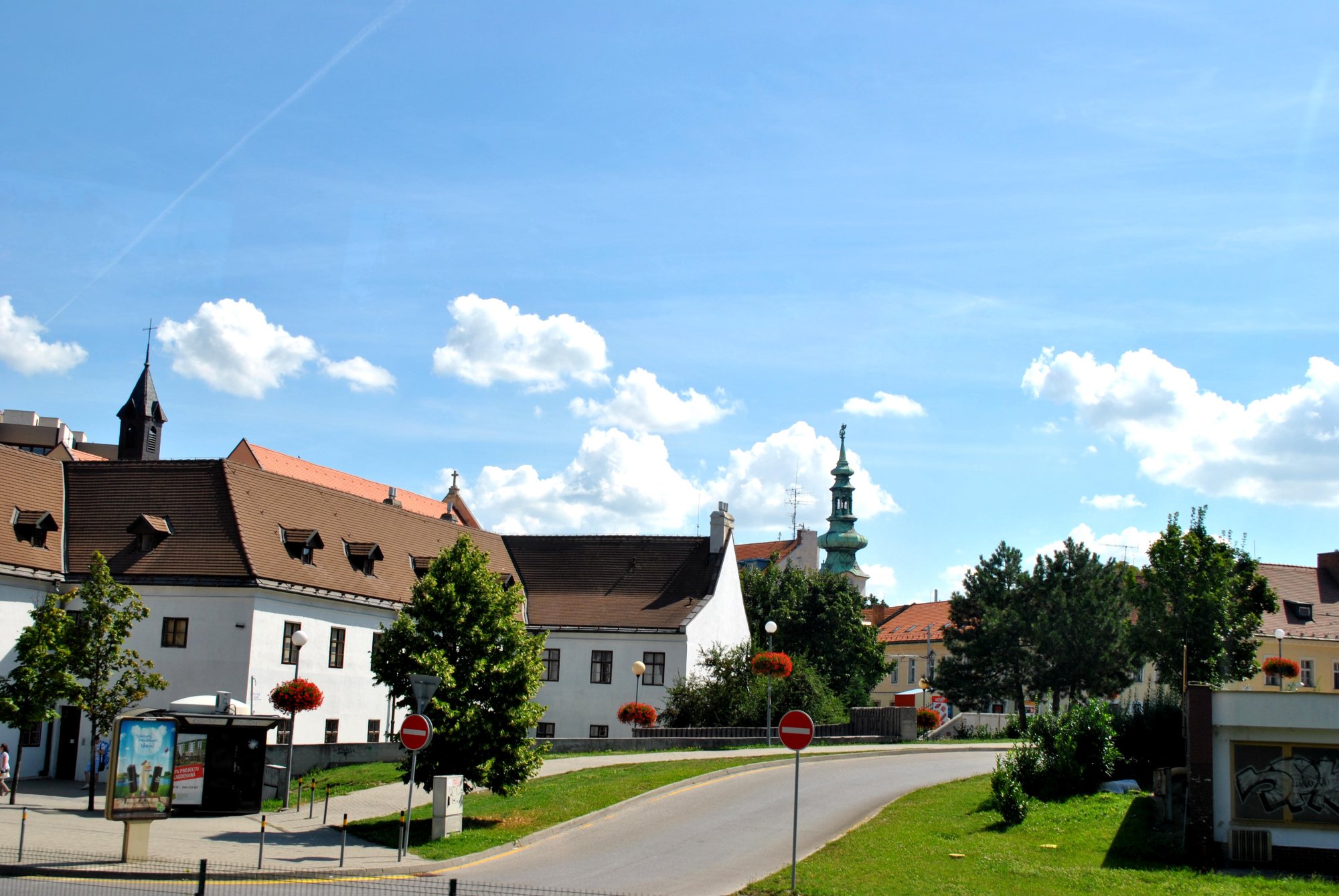 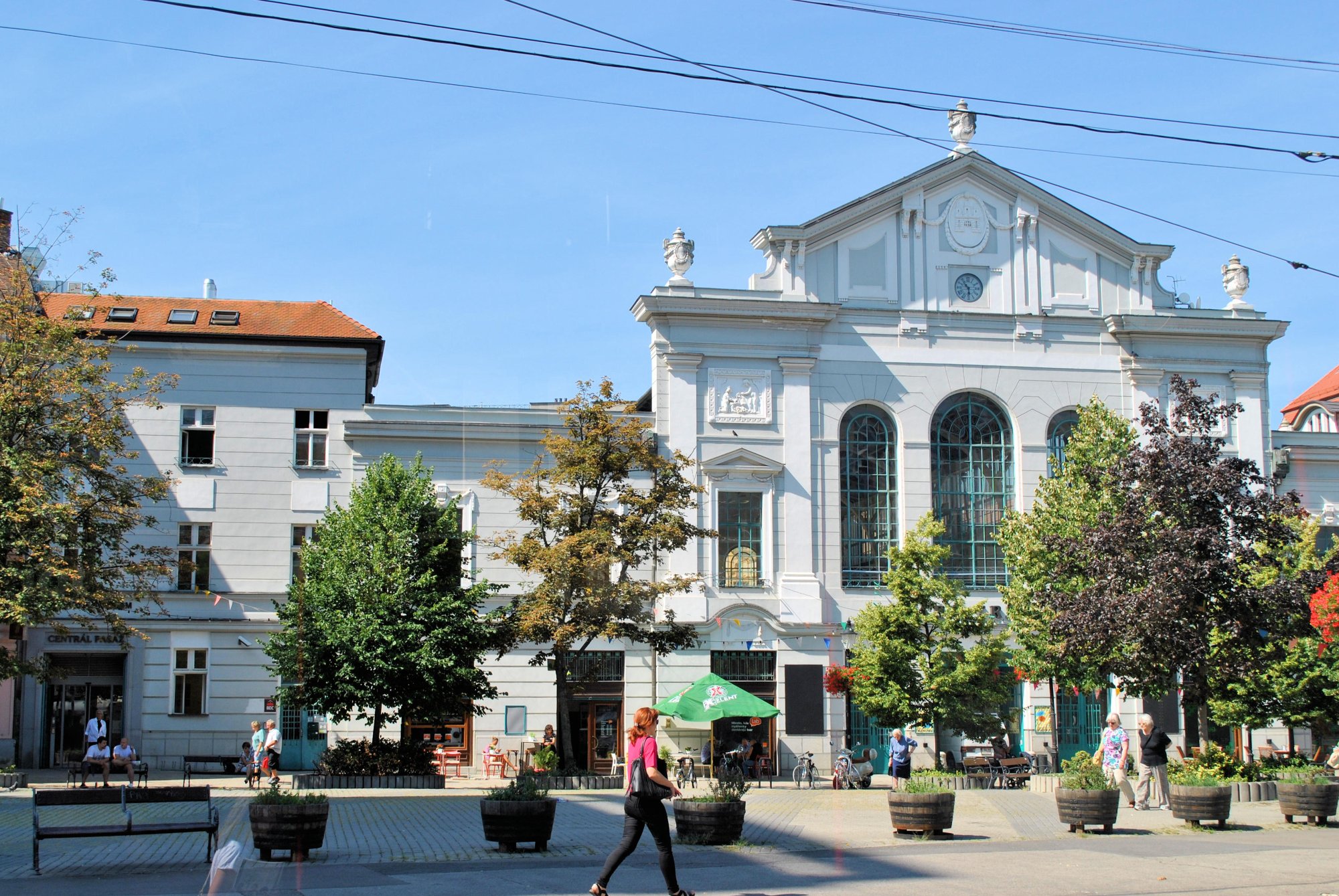 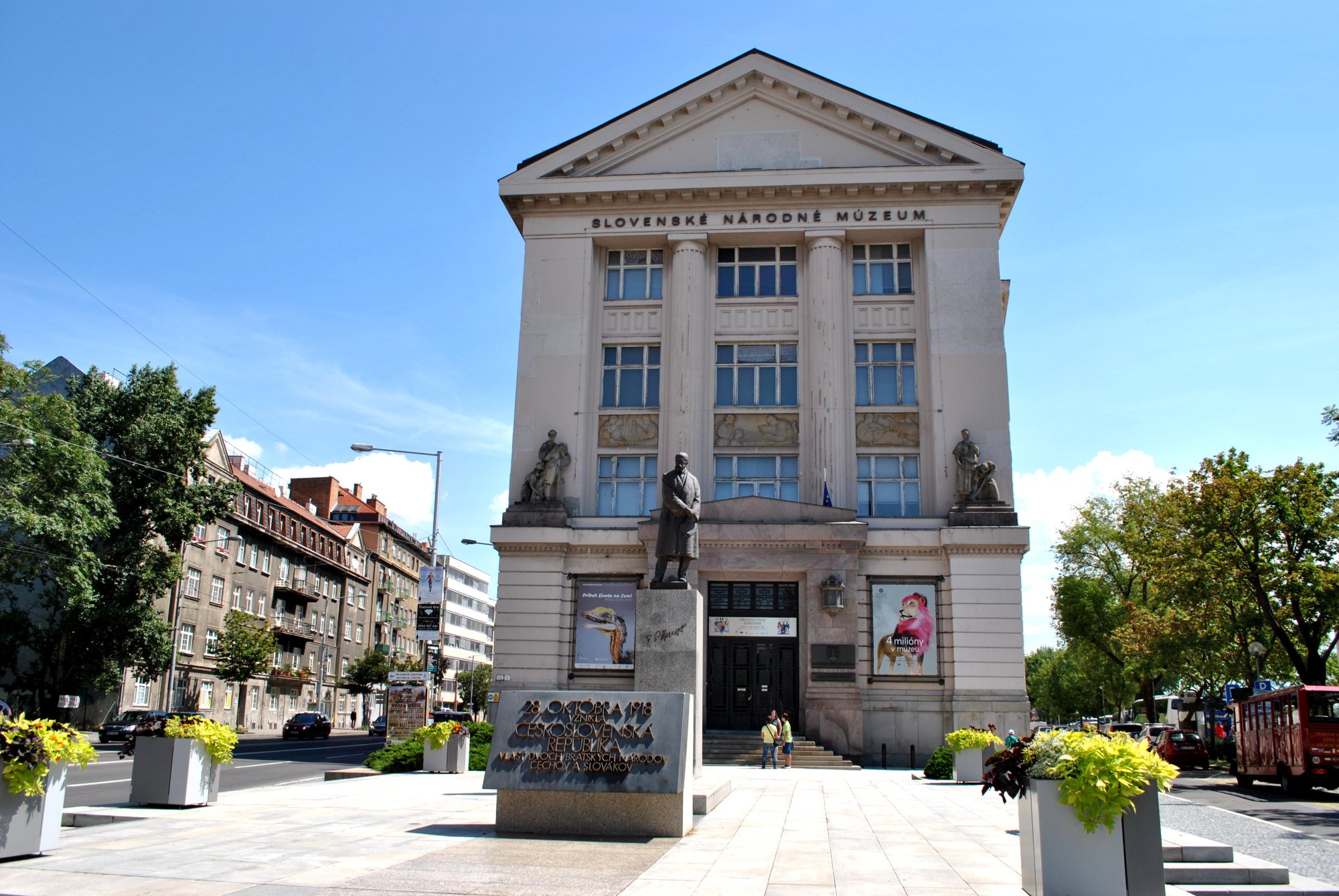 The ride was about half an hour tour and it will take you to a number of fascinating sites like the Old Town Hall and Main Square where the oldest fountain in the city can be found. Among the other interesting sites are the St. Martin’s Cathedral – the coronation Cathedral of Hungarian Kings, ancient St. Clare’s Church, St. Michael’s Gate, the executioner’s house, palaces from the time of Empress Maria Theresa, and the Plague Pillar, City Statues. 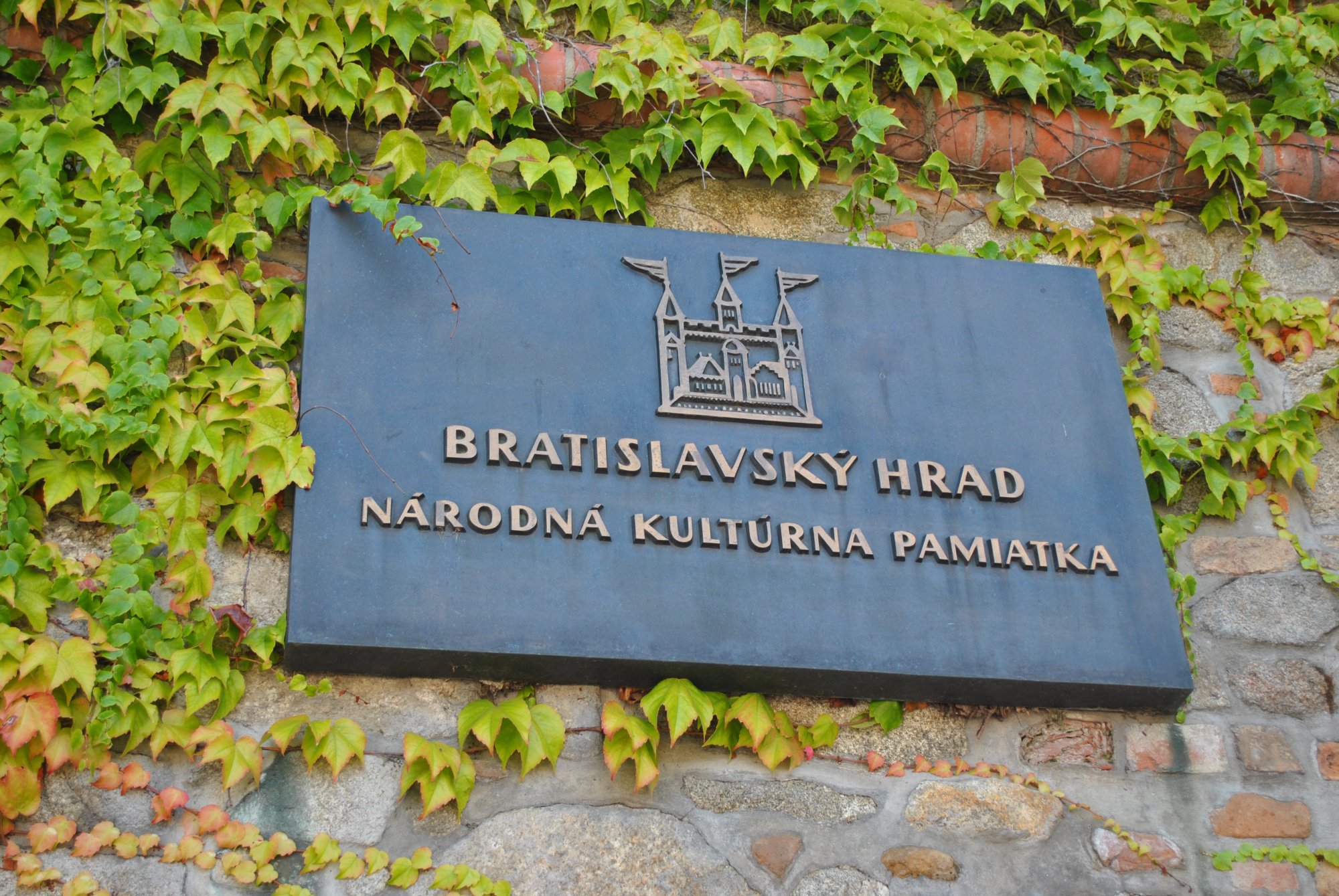 Bratislava Castle sits on a hilltop overlooking the Danube river. This iconic castle dominates the city and offer spectacular views of Bratislava. 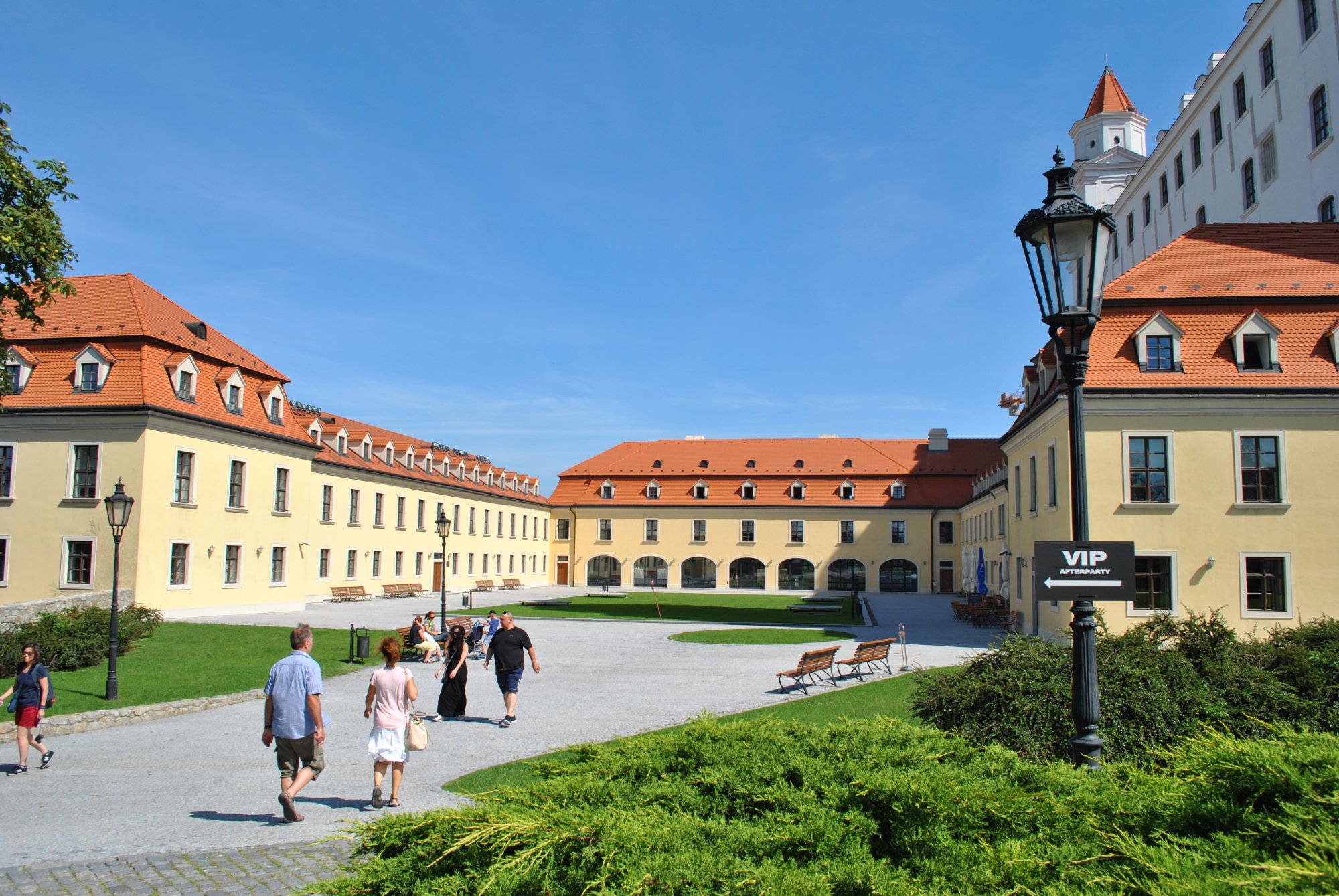 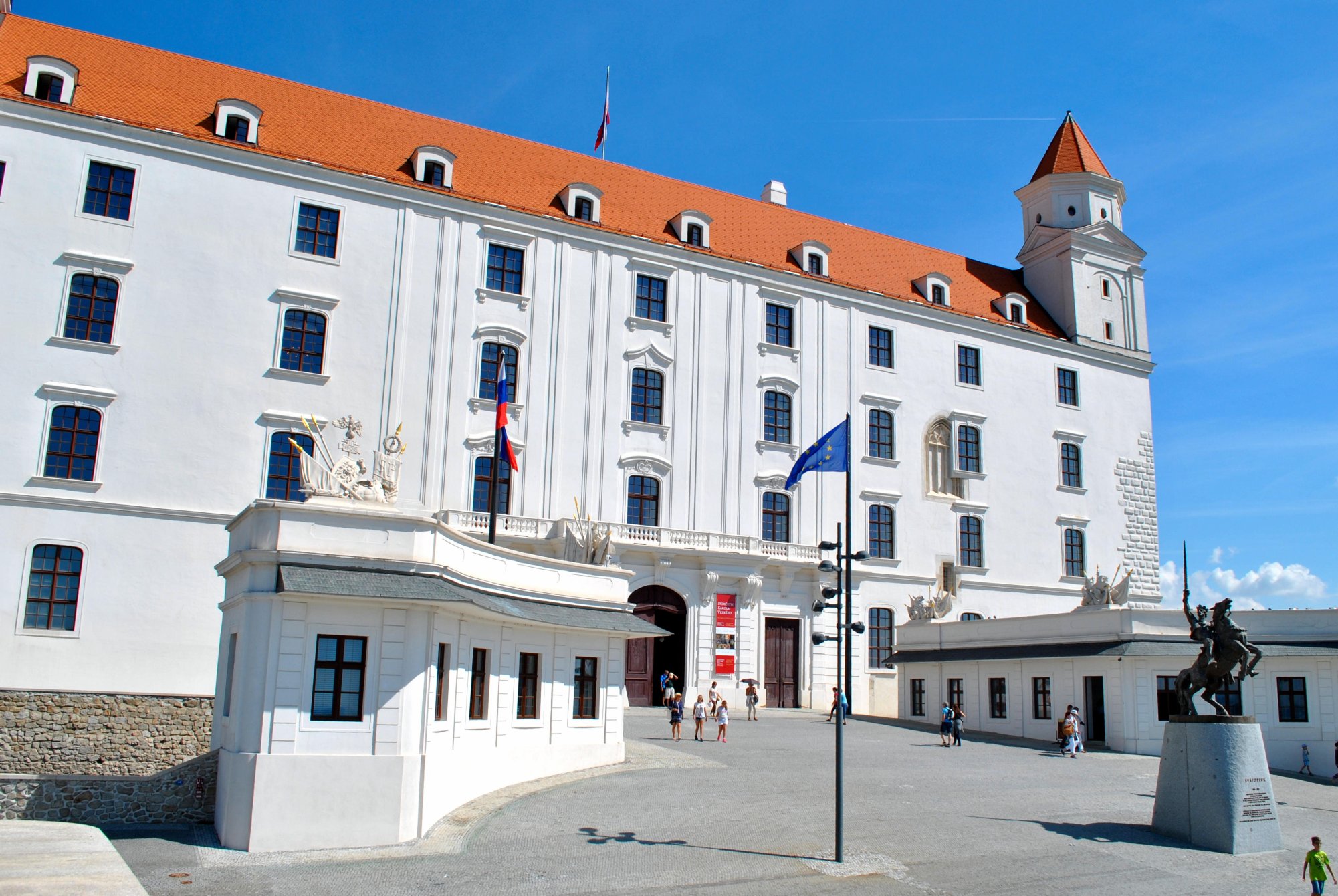 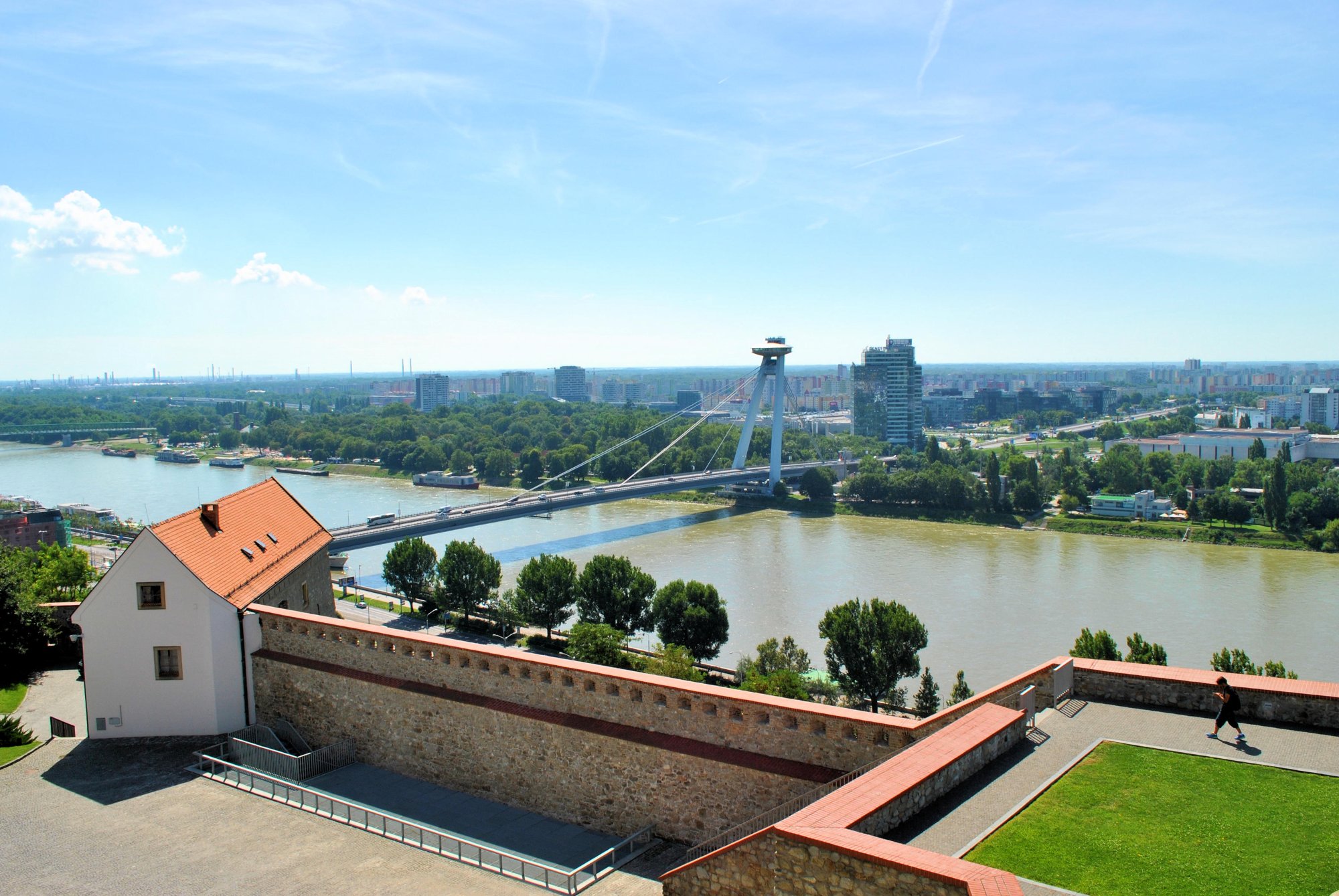 The Most SNP or commonly known as UFO Bridge is one of the exciting views from the castle. Actually the flying-saucer shaped structure is a restaurant and is a special attraction in the city since 2005.

3. Enjoy A Stroll In The Historic Old Town 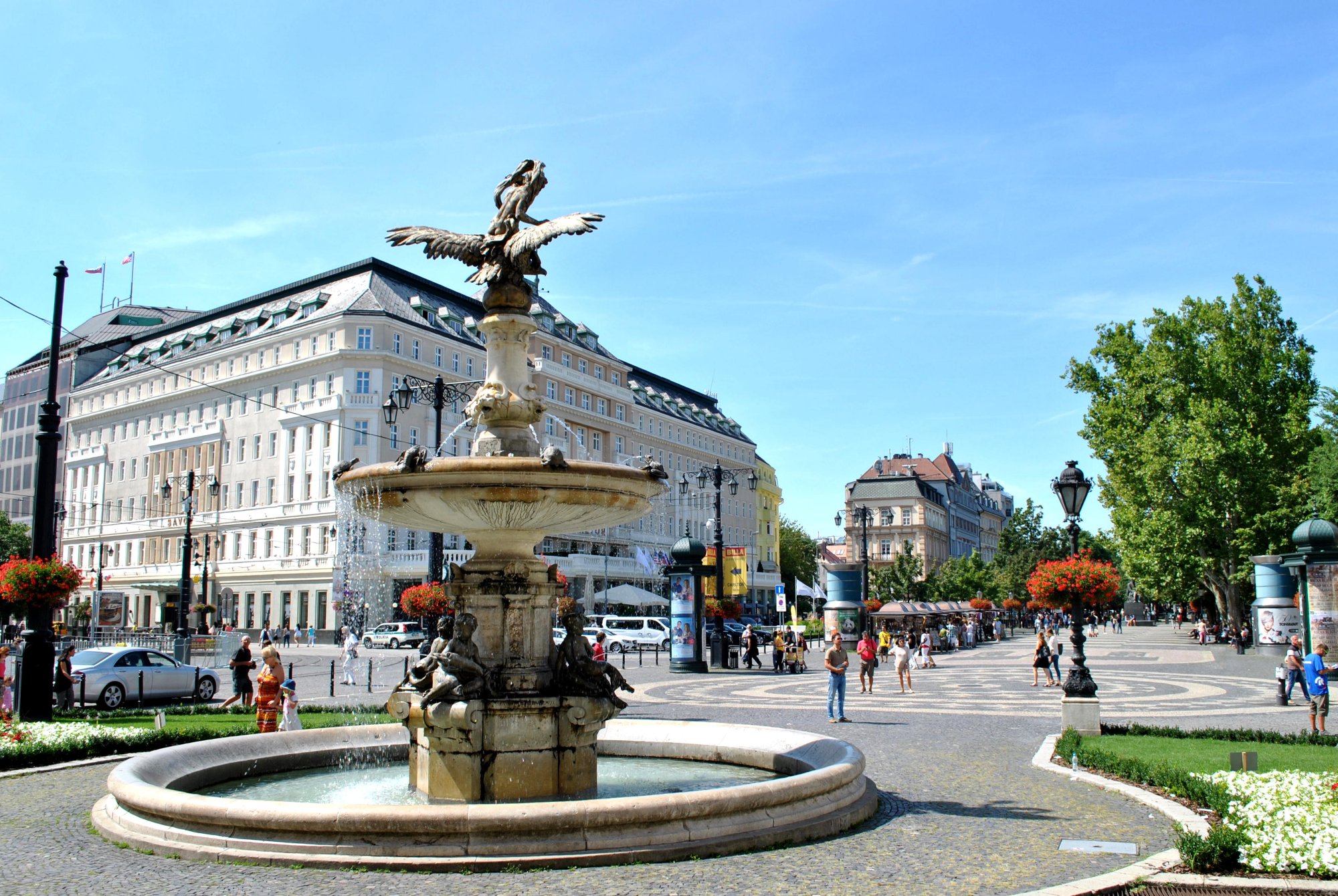 Bratislava’s Old Town is known for its many churches, the Bratislava Riverfront and cultural institutions. It is also the location of most of the foreign states embassies and important Slovak institutions including the National Council of the Slovak Republic; the Summer Archbishop’s Palace, seat of the Government of Slovakia; and Grassalkovich Palace, seat of the President of Slovakia. – Wikipedia 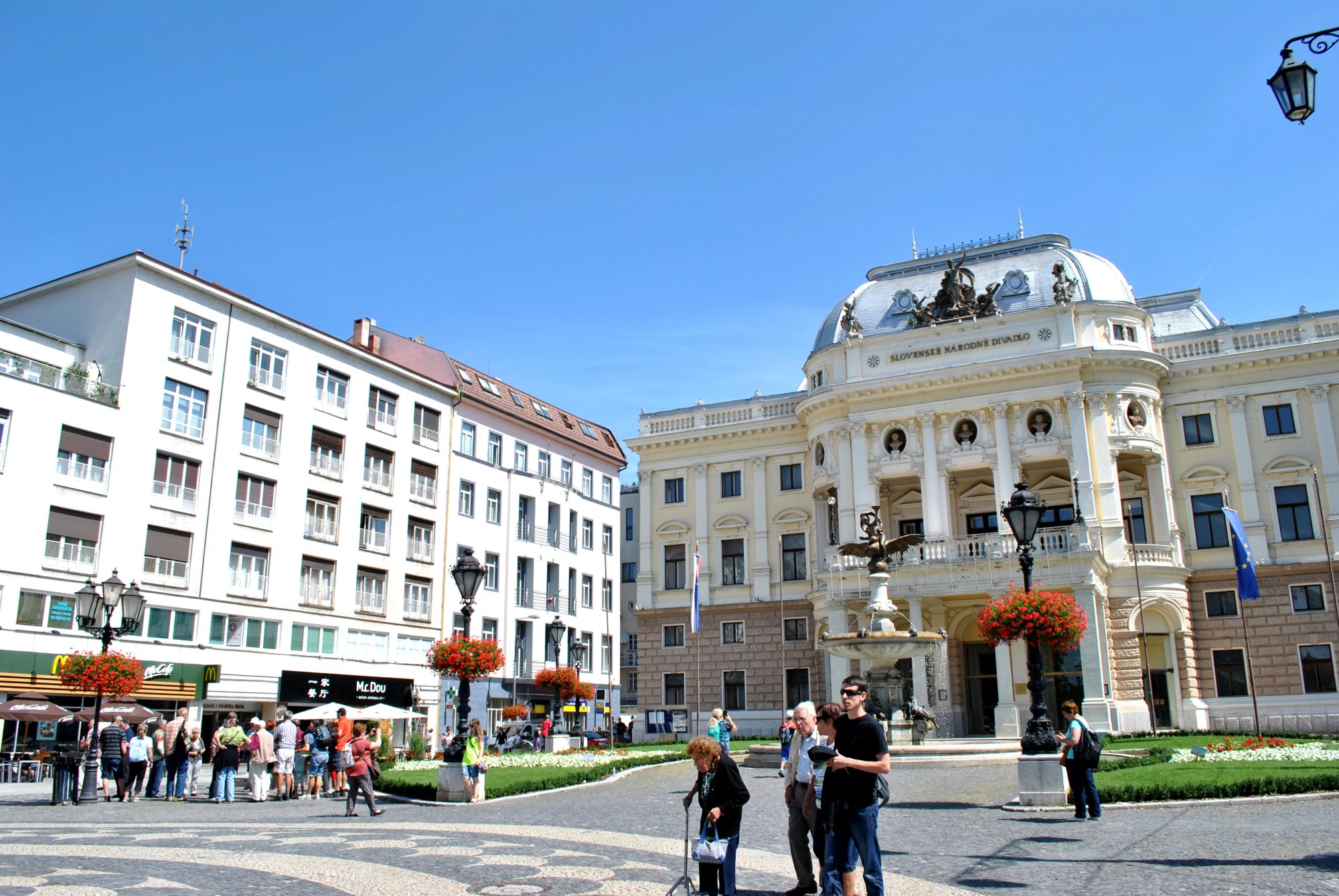 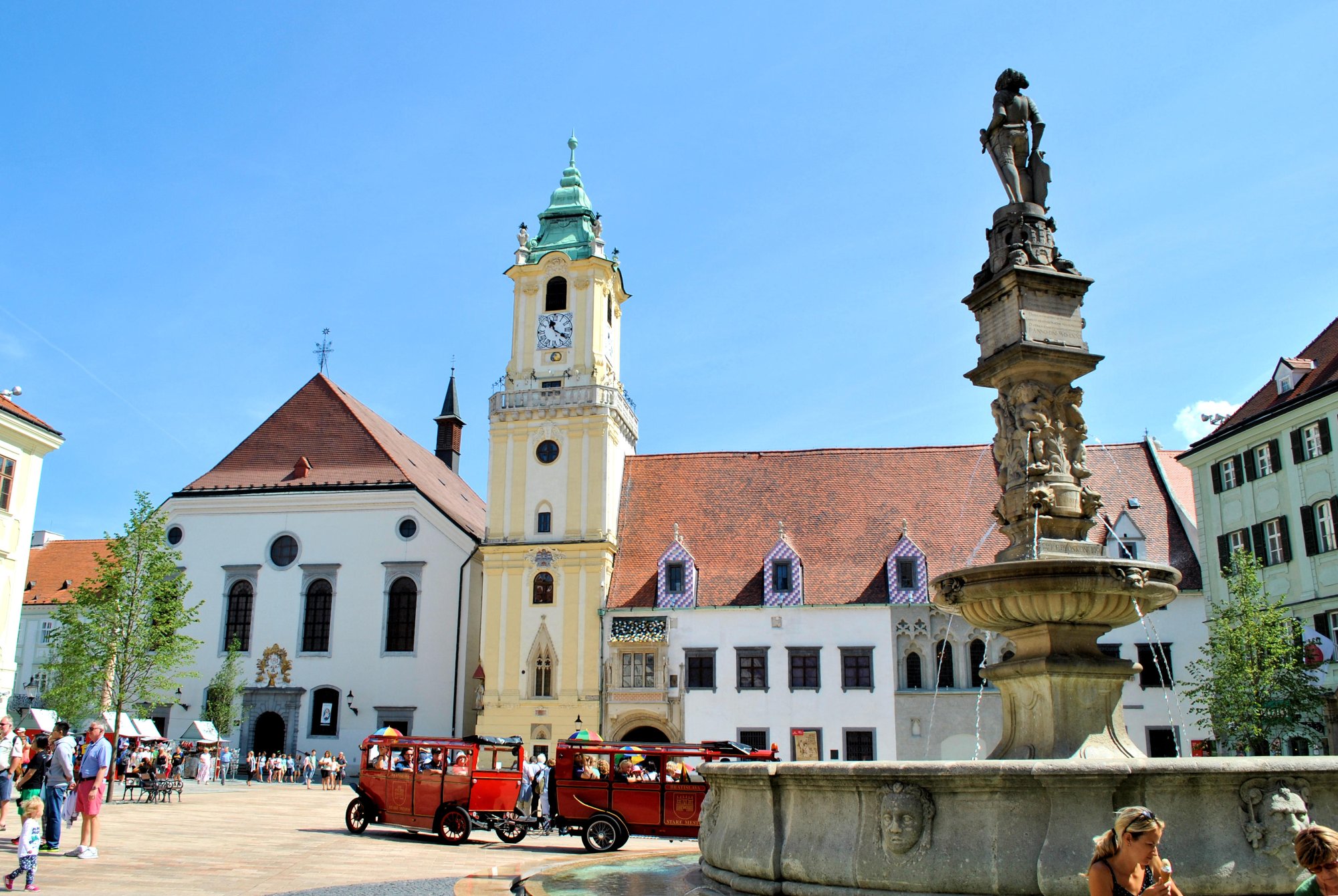 The Old Town Square and the oldest fountain in Bratislava 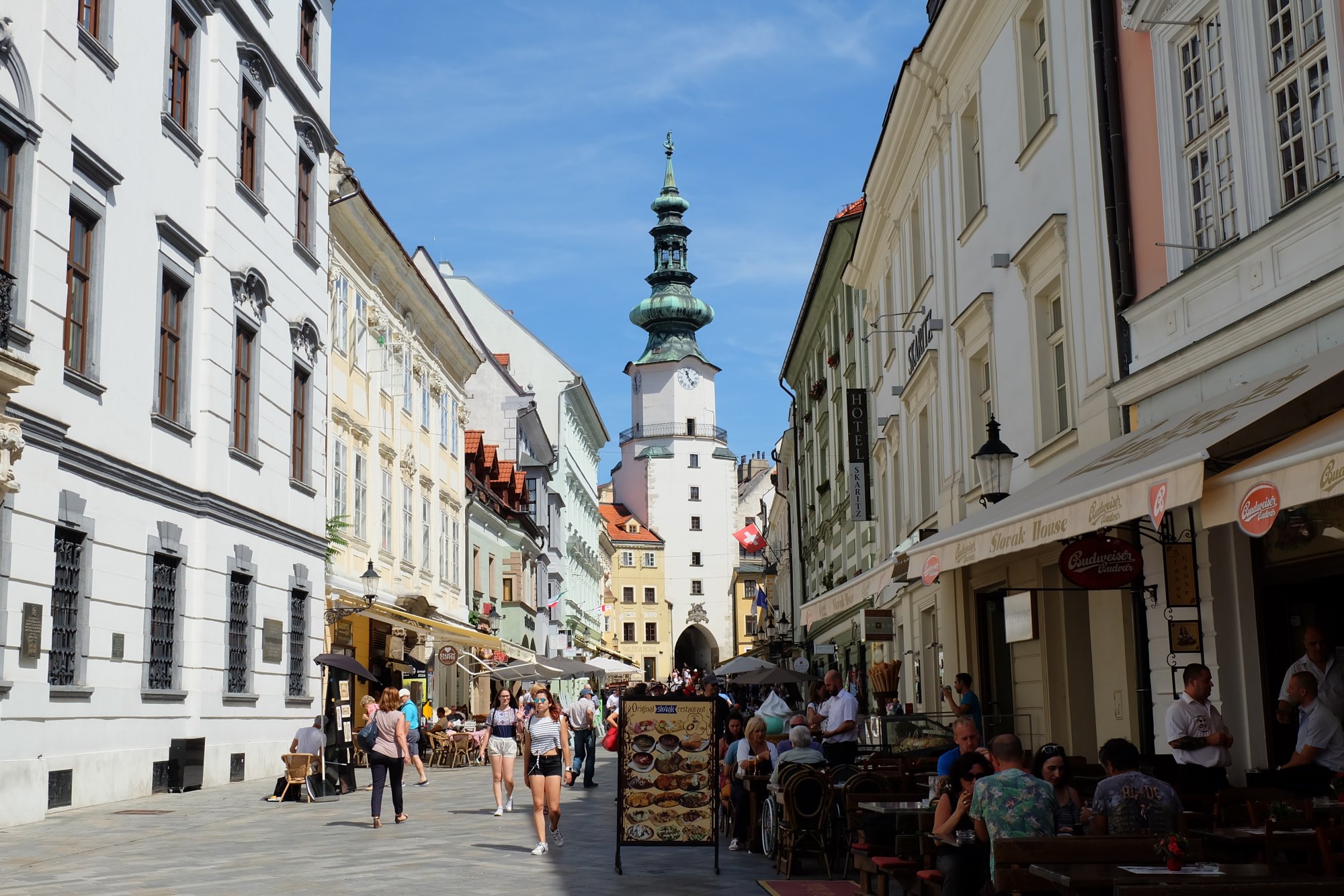 One of the Old Town’s busy street lined with pastel colored buildings and restaurants and the St. Michael Tower at the backdrop.

4. Look For Statues Around The Old Town

There are many statues scattered around the old town and if you’re lucky you can spot them all. Actually, we saw some of them unfortunately we didn’t get a chance to capture a snap of the other statues due to many tourists who wanted to take photos with them. 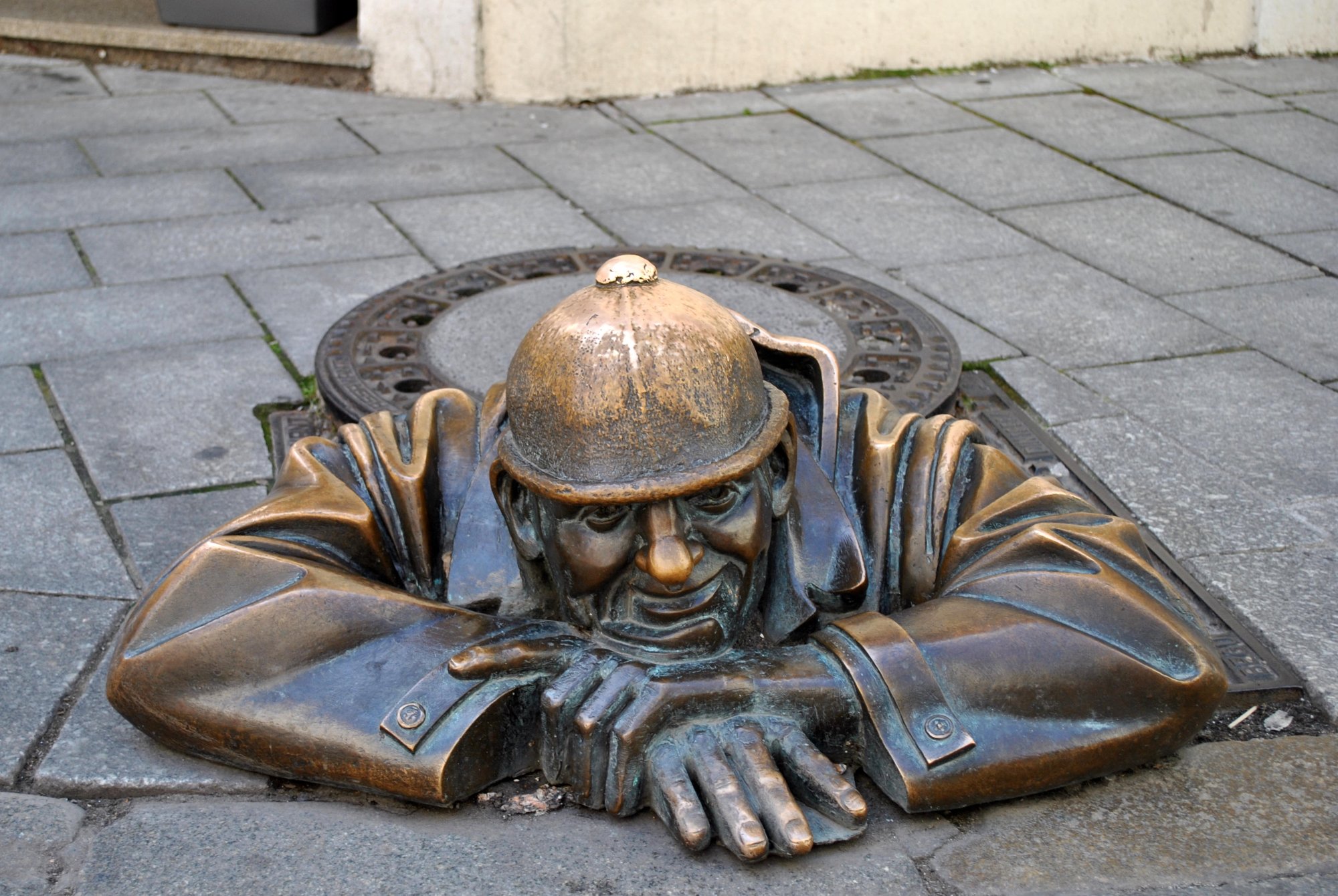 You can’t say you’ve been to Bratislava if you didn’t find this guy. The Cumil or otherwise know as the ‘Watcher’ is the most photographed statue in the old town. You can find him at the junction of Laurinská and Panská Streets. 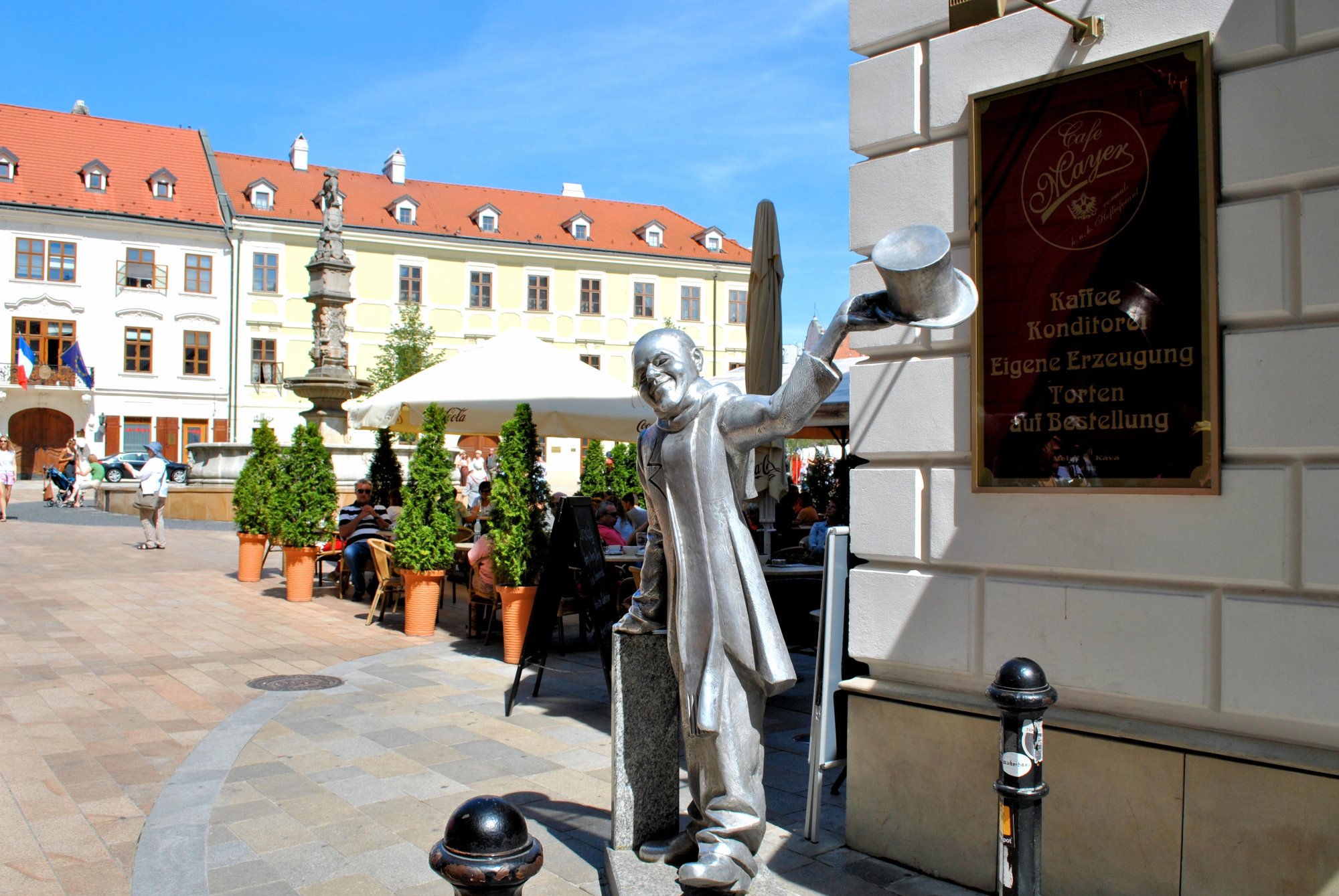 Schone Naci is a silver statue of a real person named Ignac Lamar. 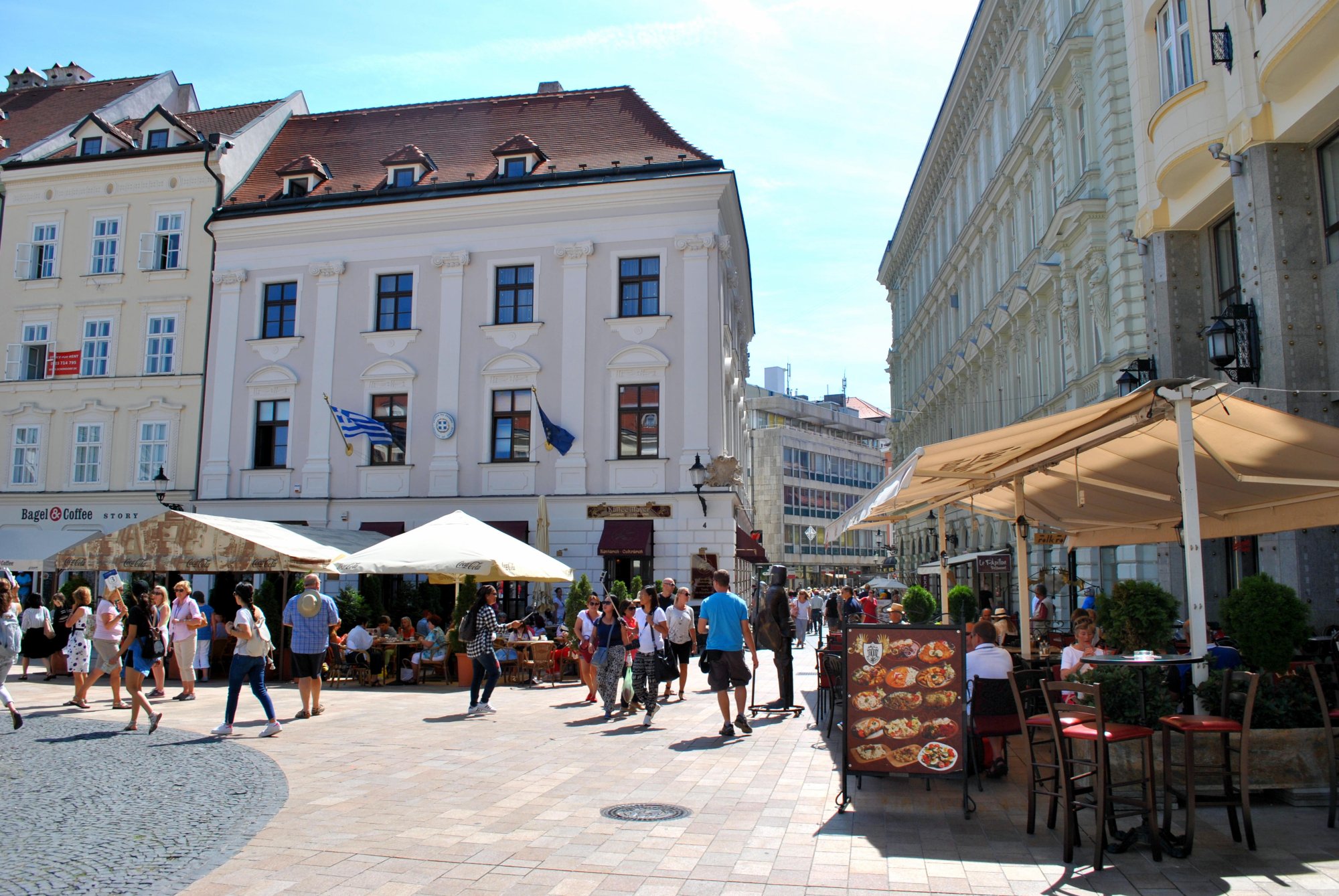 There’s no way you’ll get starve while exploring the Old Town. The abundance of restaurants, cafe’s and bars will surely entice you to try some of the traditional Slovakian food. 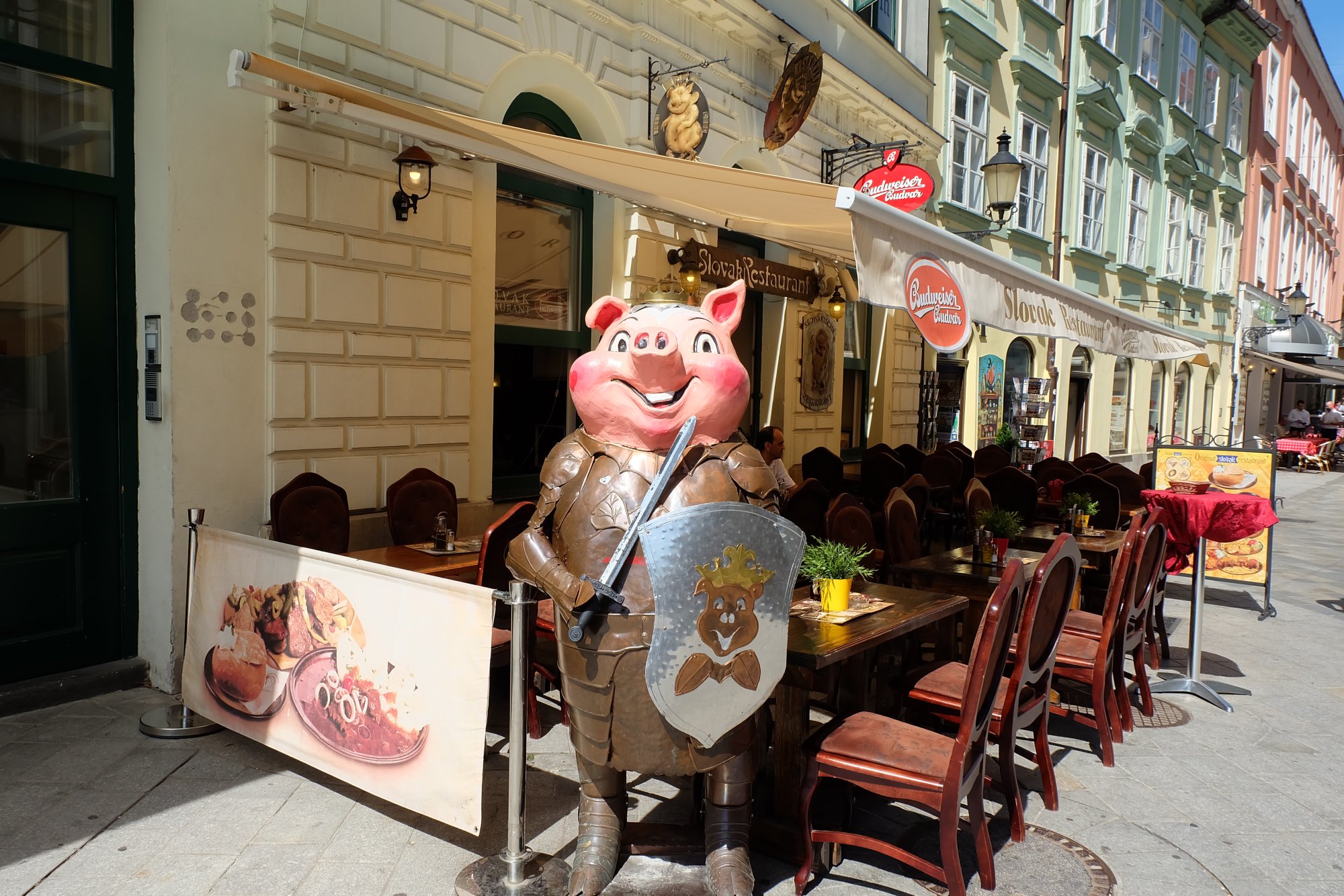 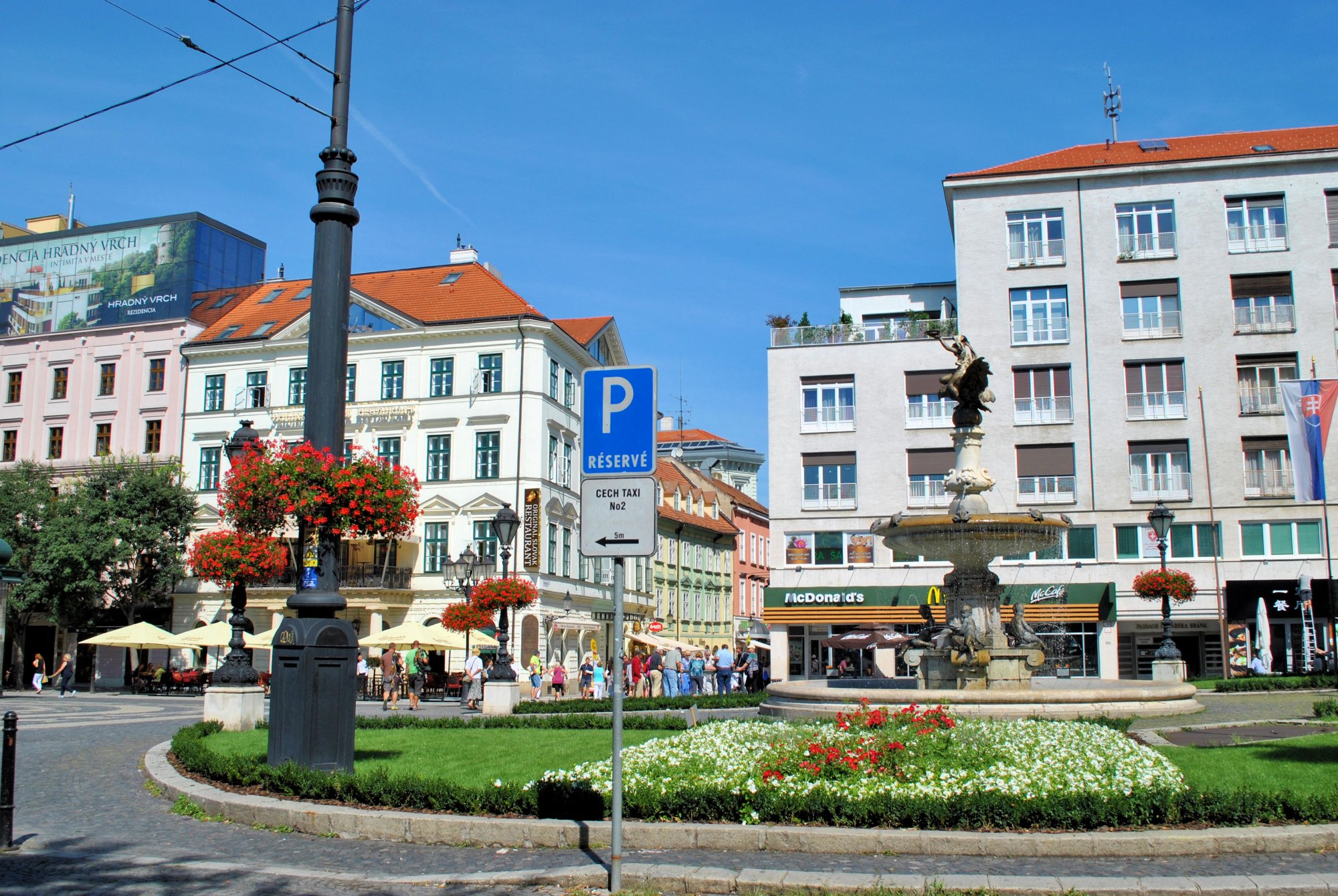 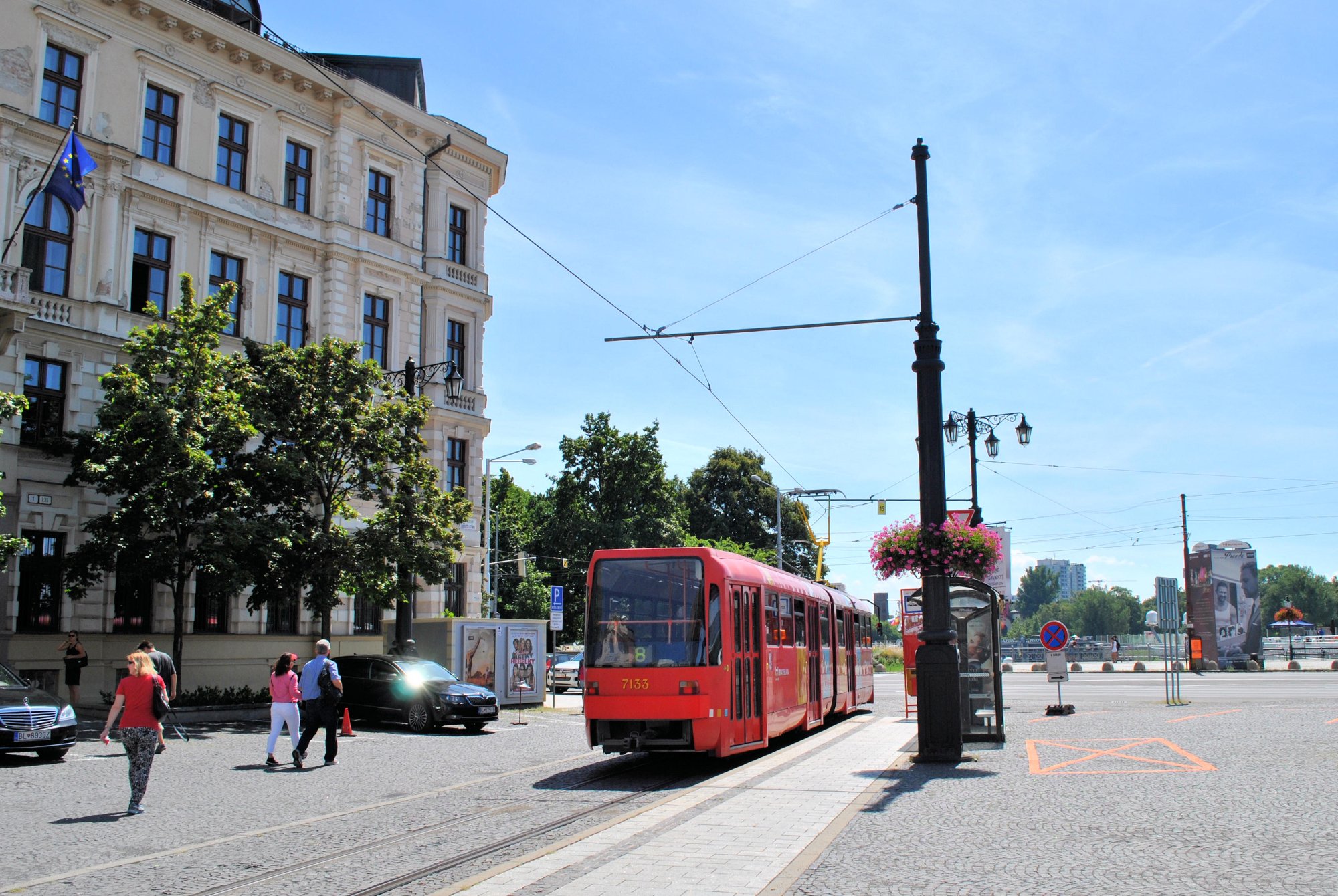 That’s how our quick stop in Bratislava unfolded. It was short but Derick and I were glad to have the opportunity to see the well-preserved Medieval city center of Bratislava.