Democracy, great philosophers, ancient ruins, the Olympics, these are just some of the things that would come to mind whenever we talk of the Greek capital, Athens. Travelers to this city would for sure check out the ruins of Parthenon, the Olympic stadium of 1896, and maybe even the cafes and shops in the Plaka district. But while Athens has its charms it also has its downside.

Frequent visitors and residents of this city would all have to contend with filthy streets, graffiti on walls and statues, dangerous metro stations just to name a few. This article was not written to put this city and its law enforcers in a bad light. The author’s objective here is to just warn would be tourist of Athens to always keep their guards up while they traverse the city. Let me just narrate a sad experience my wife and I had when we visited this city back in September of 2016.

My wife and I arrived in Athens around 1PM. The airport was full of would be tourist of not only Athens but also the whole of Greece. We were on our way to our hotel which was located near the Piraeus dock and just like most tourists, we tried out their metro station. In order to reach our hotel, we would need to change metro lines at the Monastiraki interchange. When we first got to the ticketing station of the metro near the airport, my wife and I were impressed of the facilities. Compared to the Paris metro station, the one in Athens is a little bit more well maintained. Upon reaching the Monastiraki station, my wife and I got off the train and followed the crowd to the platform where the train going to Piraeus would be arriving. Each of us were carrying a back pack and pulling a big luggage. Upon reaching the waiting area, a couple of guys (who are maybe in their early 40’s) stood around us. There was one big guy in front of me and a couple of more guys to my left and right sides. When the train arrived and the doors opened, I let my wife get on the train ahead of me because I was having a hard time getting by the guys who at this time got me pinned outside the train doors. I didn’t realize what was happening at first, because my focus was to get on the train and join my wife who has already found a place to sit down. It was after I got inside the train and sat beside my wife when I realized that my wallet, which by the way contains all of our euros as well as my ATM and credit cards, was no longer in the side pocket of my cargo pants. Apparently, the guys who pinned me down while I was boarding the train somehow was able to pick my pockets and got away with my wallet. These people, as I was told by one of the passengers, never got on the train. Before the train doors closed, they all got off and stayed behind the Monastiraki station.

Upon learning what happened, my wife and I decided to get off the next station, Thissio, and ask for help. When we got off the Thissio station, we found one Metro security guard who we approached and asked for assistance. Surprisingly, he told us that he does not understand English that well but surprisingly was still able to ask money from us in exchange maybe for the assistance we were asking from him. We told him that these guys who picked my pocket at the Monastiraki station got all of our cash and we have absolutely nothing to give to him. It was then we decided to look for help elsewhere. We found this small café just outside the Thissio station, where the attendant was gracious enough to assist us in getting in touch with the Athens police. After a few minutes, the Athens police arrived and took statements from me and my wife. They told us to go to the closest police station to formally file an incident report.

When we finally got to the police station, which by the way was not easy to find at all, we were told to go to the tourist police station instead who according to them has the jurisdiction to handle such kind of complaints. When my wife and I asked them if they have pictures of the common pick pockets they’ve apprehended at the metro station in the past, they told us they didn’t have any. This to me is kind of strange. Nevertheless, we somehow found our way to the tourist police station, filed our report, and called for help. Luckily my wife was able to get in touch with a couple of her brothers from her congregation who graciously assisted us in getting some cash and getting safely to our hotel. It was here when we finally got our bearings and was able to plan out how to get out of the bind we were currently in.

In spite of the above mentioned incident, we were still able to enjoy our adventures in Greece, which started with a 5 day stay in the island of Santorini and a classic tour of the main Greek island via Expat Explore. Our friends were able to wire us some cash which we used for the duration of our trip. During our time in Santorini, we found out that the metro stations in Athens is indeed a hotbed for muggers and pickpockets who naturally prey on tourists carrying and/or pulling handful of bags and luggage. Unfortunately for us, we got victimized by these people. The Athens police offered no help at all. I suspect, that they are even trying to protect these people because when we again returned to the Monastiraki station a week after that unfortunate incident, we saw the same individuals still freely roaming around the place unhindered. It is as if nothing happened after we filed our report. In fact, we were not the only tourists who were there at the tourist police station that night. There was a couple from Ireland, a mother and daughter from the United States, and a couple of ladies from Korea who were all filing reports very much similar to what we filed. We also learned from a friend that normally these type of incidents are concentrated on the interchanges of the metro station. This would include not only the Monastiraki station but also the Omonia and Syntagma stations. We can even include the Piraeus station which has also garnered a bad reputation because of the number of pickpocket incidences that have transpired in the past all under the noses of the authorities.

I once read an article where the author, who was a seasoned traveler, was asked if there are cities he’s been to that he would definitely not visit again. He mentioned a couple of cities and lo and behold his list included Athens. In fact he mentioned Athens in the same breath as that of the cities of Dakar and Mogadishu among others. I guess we can all make our own conclusions from here. I know similar situations exist in other European cities like Paris and Rome. But one thing that sets the muggers in the Athens metro station apart from the others is that they normally work in groups of 5 or more people and seems to have the protection of the authorities in Athens. 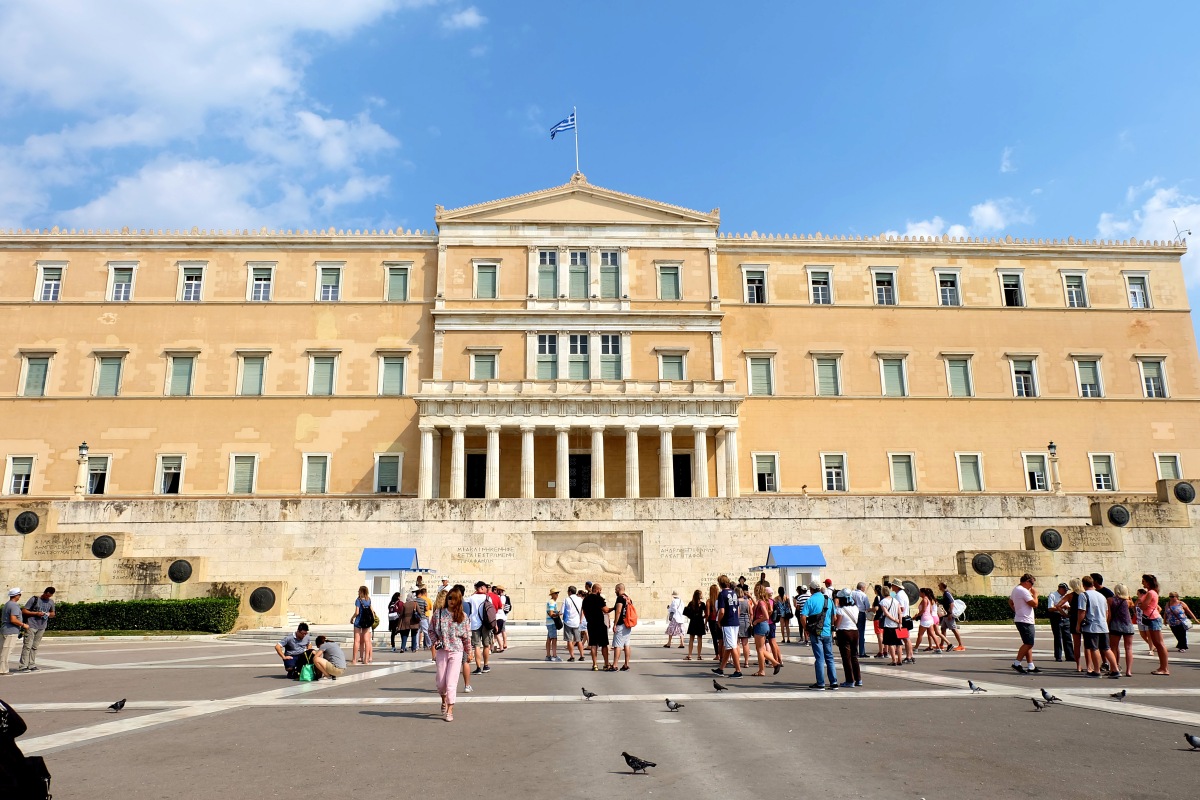 As I’ve mentioned earlier, the city of Athens still has an allure that will still attract visitors from all over. Personally, I would just like to offer a fair warning to travelers of this city. Be careful of your valuables such as wallets and mobile devices while traversing the crowded streets and metro stations of Athens. Be mindful of the people around you. Being paranoid at certain times also has its advantages. Otherwise, you stand a great chance of losing either your cash, cards, or mobile devices just like what happened to us.

Note: This article was contributed by no other than my better half gurufvg. Click here to see more of his reviews in TripAdvisor.