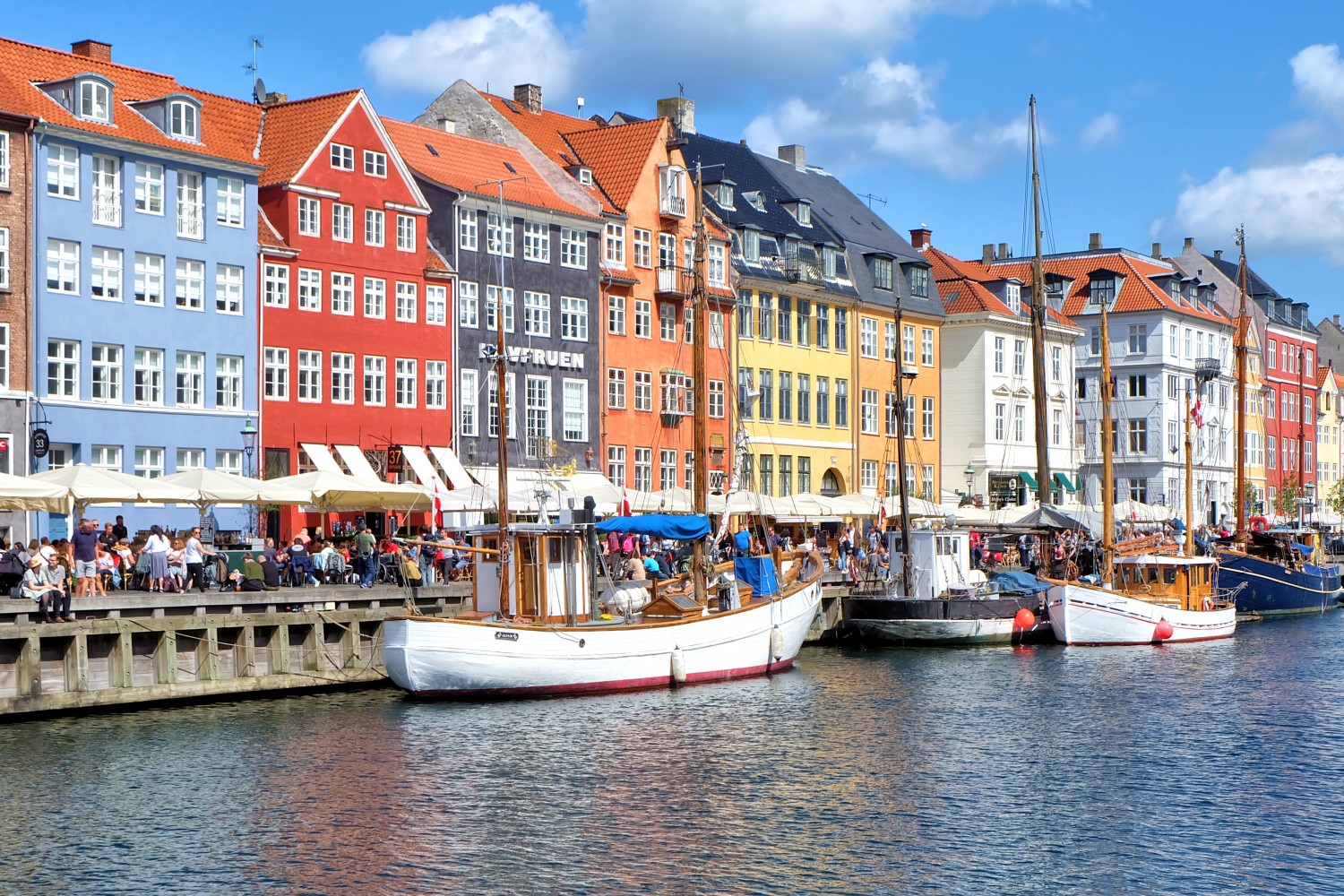 About two months ago, Derick and I had a wonderful time exploring Scandinavia. We joined a 12 days Scandinavian Escape with the Expat Explore Tour Company. The tour commenced in Copenhagen, the capital of Denmark. We actually had 2 full days exploring this city.

There are many things to do in Copenhagen. However, 2 days isn’t enough to see everything. In our case we opted to explore the city in a slow pace and only cover the sites that interests us. If you want to know the things we did in Copenhagen, then keep on reading. 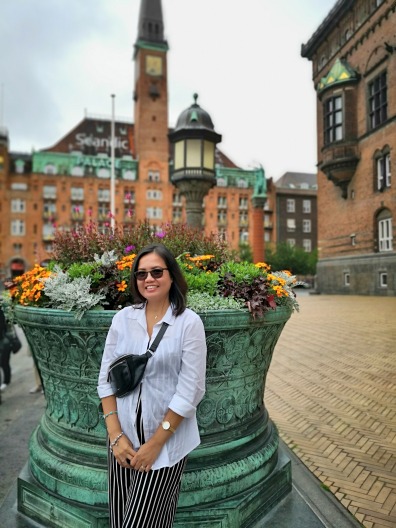 On our first day Derick and I went to see one of the oldest theme parks in the world, ‘The Tivoli Gardens’. The theme park opens at 11 o’clock in the morning  and we were almost two hours early. Although it was a bit chilly we didn’t want to waste our time waiting. Instead, we walked around to see what’s nearby. Few steps away from Tivoli Gardens  we saw the City Hall Square where most tourists can be found.

Derick bought our tickets online. We opted to book a ticket for park entry only and rides are not included since we only want to see what’s in the park and take pictures. The park is good for families with children.

After spending 3 hours in Tivoli Gardens, Derick and I headed back to our hotel to join an afternoon driving tour around Copenhagen together with our Expat Explore group. During the driving tour we had photo stops at the famous little mermaid statue, Amaleinborg Palace, Kongens Nytorv and the old town. 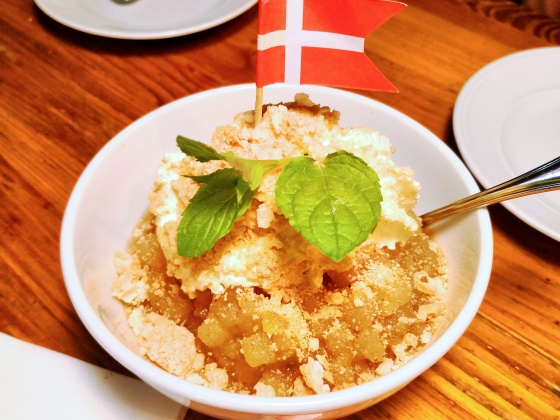 We ended our day with an authentic Danish dinner at Restaurant Puk. The restaurant served Danish favorites such as Pickled Herring and Flaekesteg. I suggest that you should try it when you’re in Copenhagen. As a Filipino, I have no issue with preserved fish. It was a bit salty though but it’s fine with me. 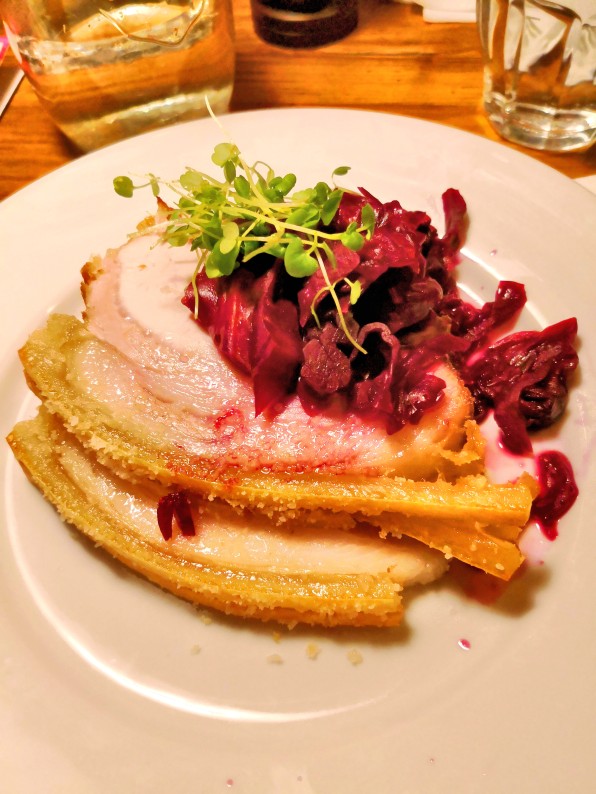 Flaekesteg is basically a pork roast and crispy crackling. It’s a Danish traditional dish which is normally prepared during holidays and family feasts. It comes with caramelized cabbage, apple sauce and boiled potatoes. If you are a meat eater like me, then you will love this dish.

The following day was our second day in Copenhagen. Our tour leader brought us to other interesting sites of the city. In particular we visited the Botanical Garden, Rosenborg Castle, Rundetaarn (The Round Tower) and Nyhavn where we did a 2-hour boat cruise. 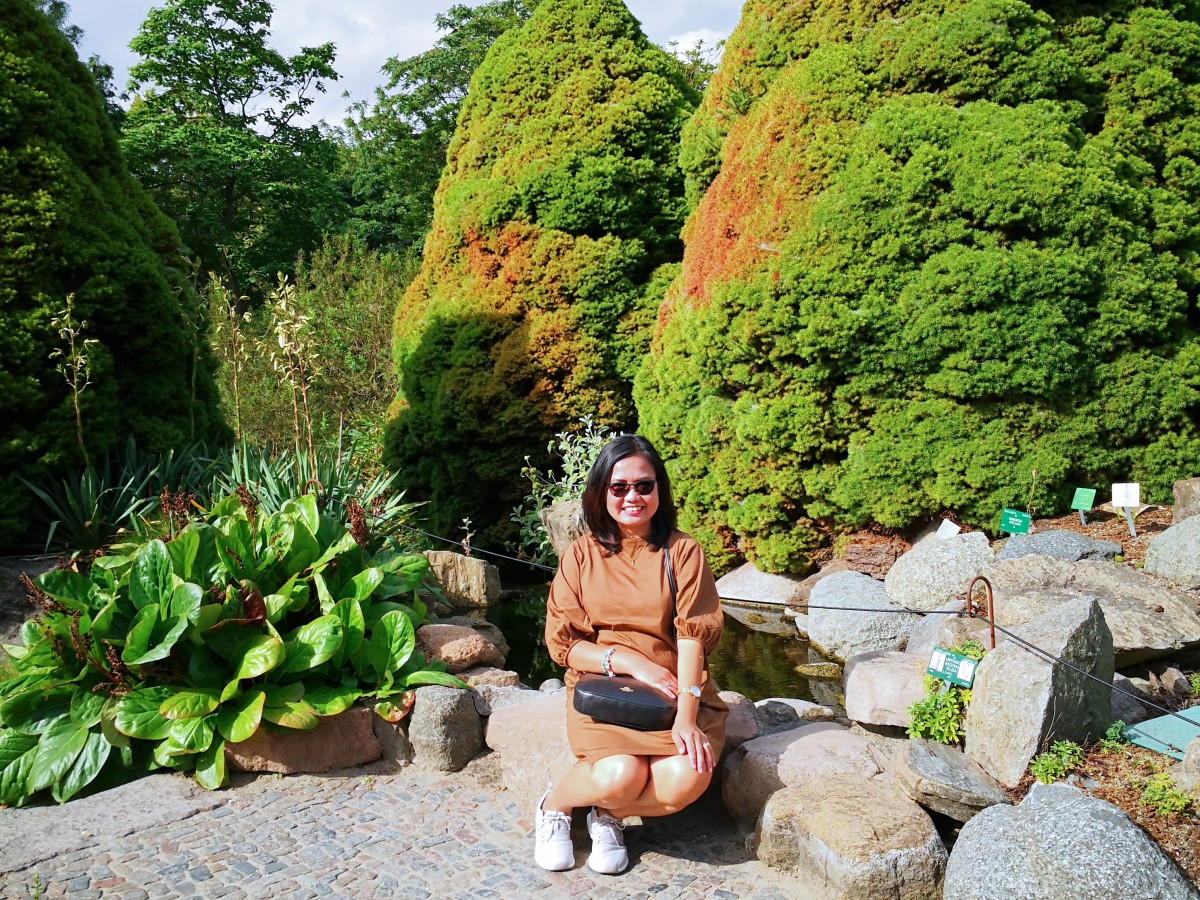 Me at Copenhagen Botanical Garden

We started our day with a nice stroll in Copenhagen’s Botanical Garden. The garden was not really that big and you can spend an hour or two to see their plant collection. They have a Butterfly House which you can also check out if you have extra time. I enjoyed walking around the garden since I love plants and flowers. 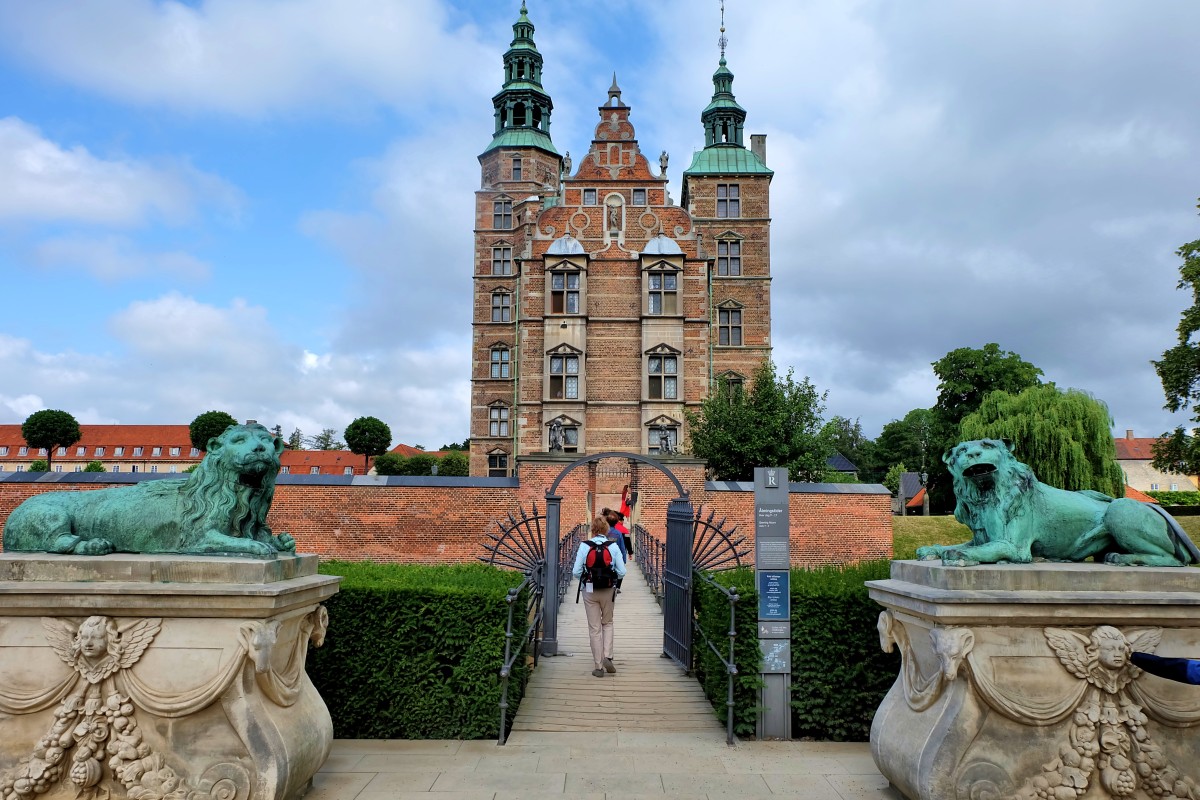 From the Botanical Garden we went straight to the beautiful Renaissance castle called Rosenborg. The castle was  originally built in 1606 as the country’s summer house and eventually was used as royal residence until 1710. 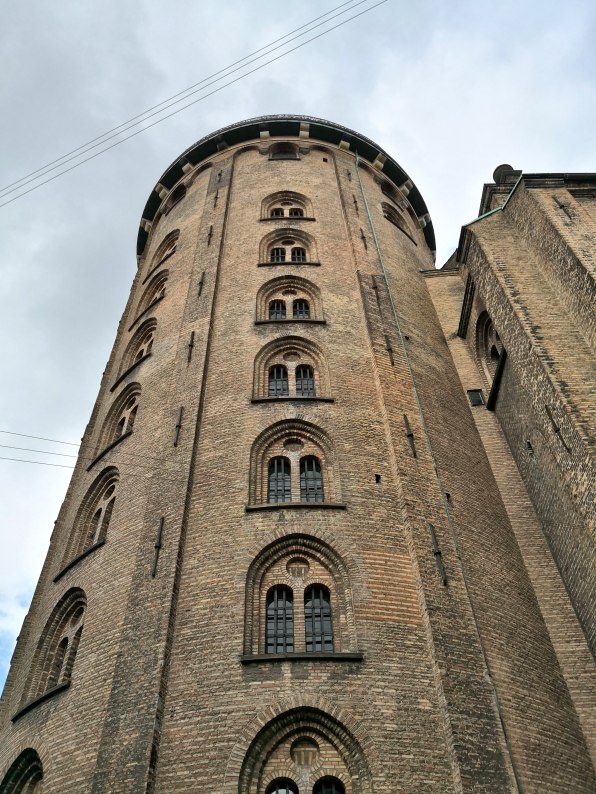 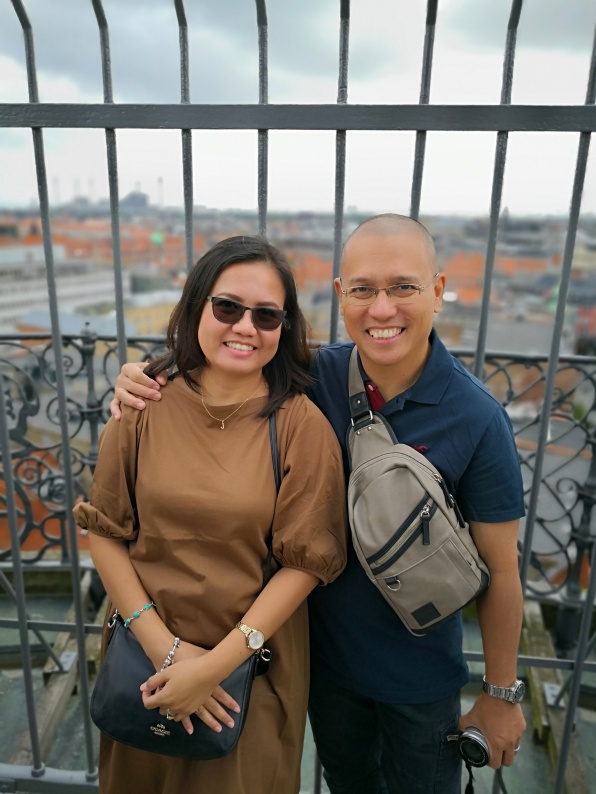 We continued walking towards Rundetaarn (which means the Round Tower). It is a 17th century tower built as an astronomical observatory. The tower is quite unique because of its equestrian staircase.

Our last stop was in Nyhavn. The New Harbor is one of most visited area in the city because of its colorful traditional houses lined along the canal. To be honest Nyhavn was one of the places in Copenhagen that I was very excited to see. And finally I got to see it in person. 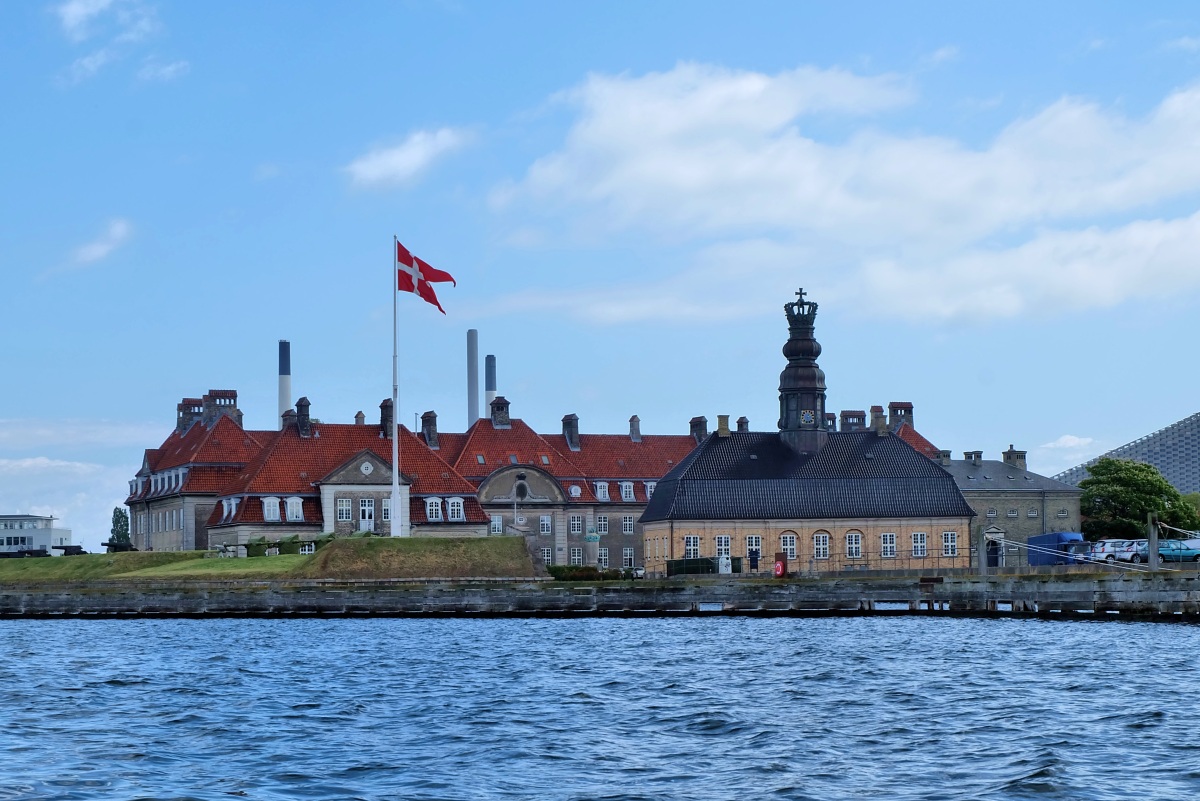 We hopped on the boat for a 2-hour cruise through the canals of Copenhagen. It’s nice to see the city in a different perspective. However 2 hours was a bit long boat ride  for us. Along the way we got so bored that Derick even fell asleep. Hahaha. 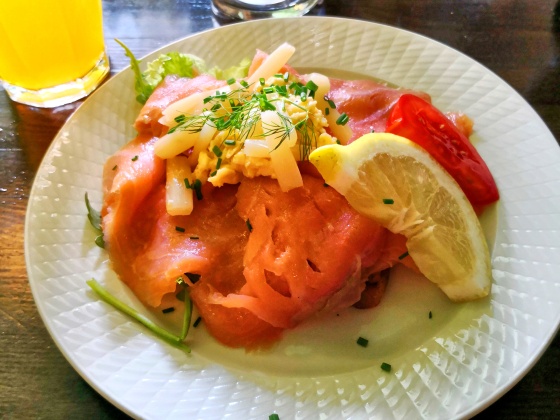 After finishing our itinerary for the day, Derick and I finally found a place in Nyhavn to satisfy our rumbling tummies. The Heering Restaurant was recommended by our tour leader. Their Smorrebrod (open sandwich) is a must-try. This is something a foodie should not missed. We got the seafood smorrebrod and it was super delicious.

Our 2 full days in Copenhagen was really amazing. We enjoyed every moment of it.