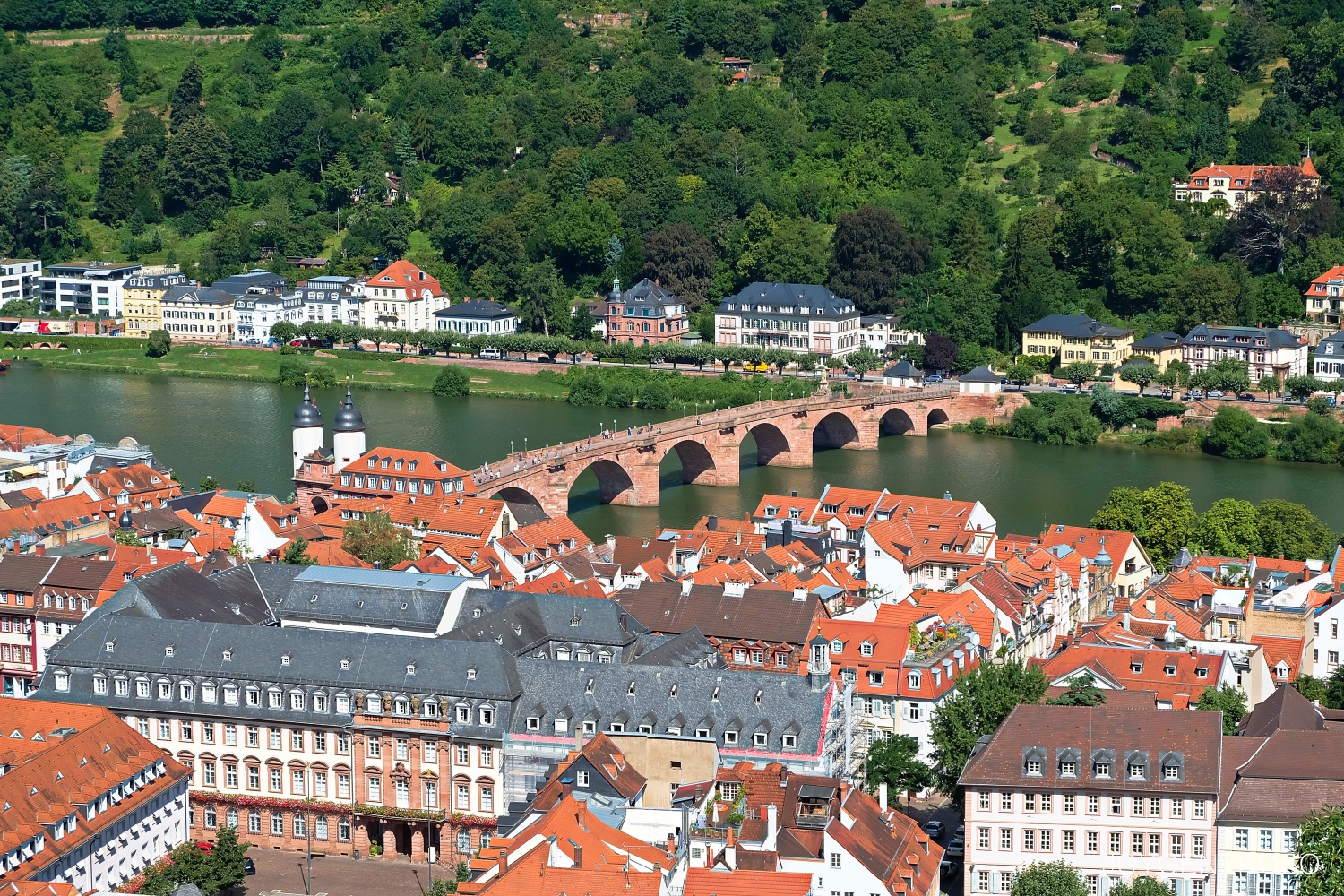 Heidelberg is a town on the Neckar River in southwestern Germany. It’s known for venerable Heidelberg University, founded in the 14th century. Gothic Heiliggeistkirche church towers over the cafe-lined Marktplatz, a town square in the Altstadt (Old Town). The red-sandstone ruins of Heidelberg Castle, a noted example of Renaissance architecture, stand on Königstuhl hill. [Source] 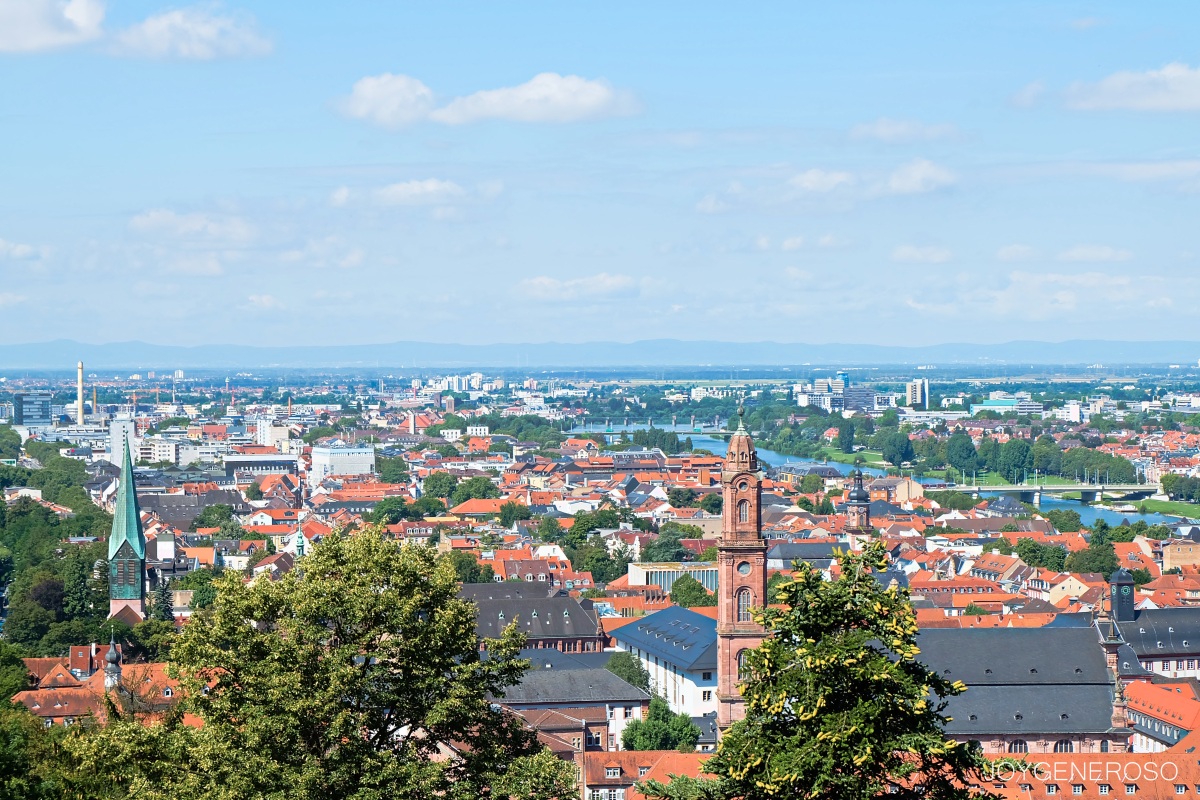 Heidelberg – I’ve heard the name many times. I know it is a place but I don’t know where exactly it is on the map. Frankly speaking, I don’t have any idea what the place is like. One day while browsing the internet, I came across an article about Heidelberg that highlights “… the most beautiful city in Germany…”. (I’m sorry I cannot remember the name of the website) actually I didn’t read the whole article but it fueled my interest to research about Heidelberg. Of course I just want to know why the article made that claim. Then, after hundred’s of photos I saw in the internet, I found out why. And without a second thought,  I added Heidelberg to my travel bucket list.

Although Derick and I were in Germany last year, it was impossible for us to visit Heidelberg since we were on a tour group which only covered Munich and the Rhine Valley of places to visit. Last August, when we came back to Germany, we got the chance to explore the place and finally see it up close and personal.

Heidelberg isn’t that far from the Frankfurt city center and a day tour is conveniently doable. If I’m not mistaken it’s a 1 1/2 hour train ride from Frankfurt depending on the train schedule. For someone that has a lot of time to spare, you can do the tour on your own at you own pace. However in our case, we only have a very limited time in Frankfurt so we opted to book a coach tour to avoid hassle on the road. We booked the tour through Viator.Com. 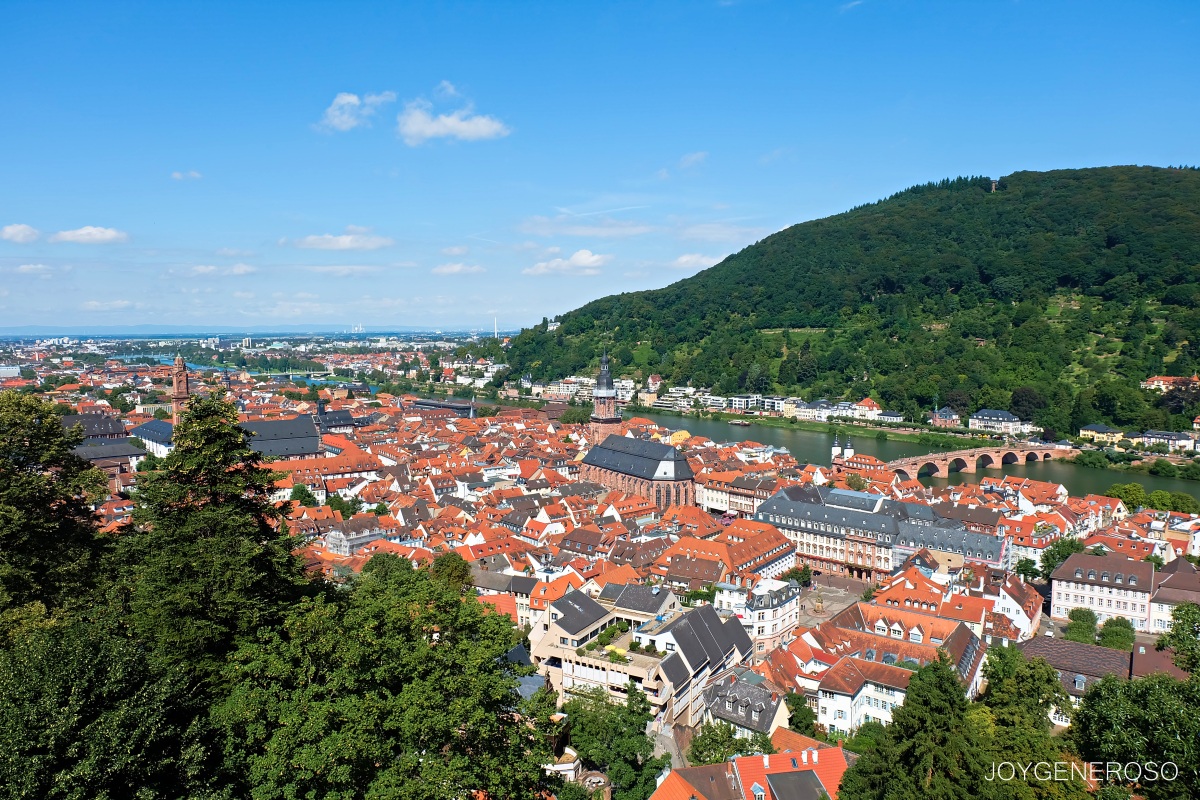 On our way to Heidelberg our very knowledgeable and jolly guide named Adrian gave us pre-orientation of the place. When Adrian learned that we were from the Philippines he asked us “what is the common denominator between Heidelberg and Filipinos?” We were actually surprised by his question and it left me and Derick speechless. Looking at each other, Derick guessed a number of answers and none of it was correct. So Adrian gave us a clue which is related to our National Hero… it is when we realized that Dr. Jose Rizal studied medicine at the University of Heidelberg for five years so that he could treat his blind mother. And were like ahhh… I don’t know if we’re just getting old and forgetful or perhaps we were absent when this was discussed in our history class. Hahaha!

Perched on top of a hill, overlooking the River Neckar stand the remains of Schloss Heidelberg. Perhaps you might asked why the castle wasn’t restored to its original form? Well according to our tour guide, the reason is to give inspiration and stimulate the creativity of the artists’ minds who marvels at the grandeur of the castle during its glory days. 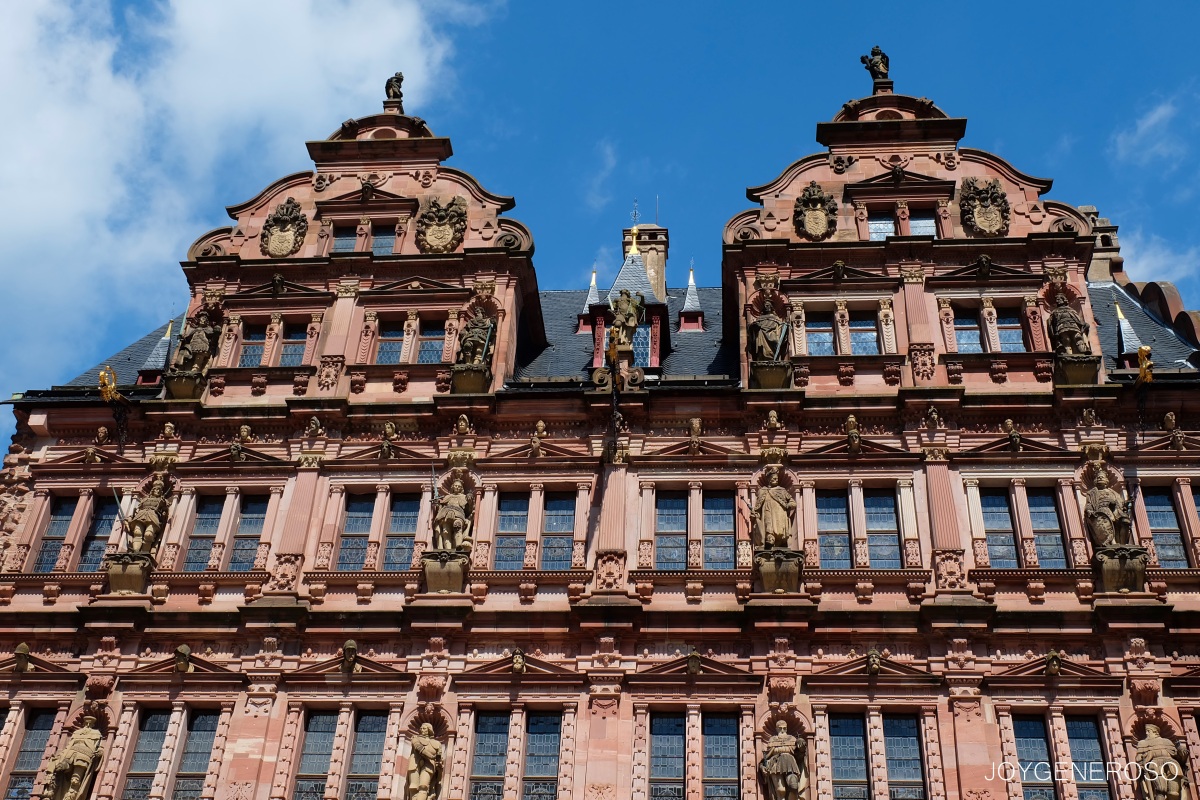 Elisabeth Gate was built in 1615 as a present from Elector Frederic V to his wife Elisabeth Stuart, the daughter of King James I of England. According to legend, the triumphal arch was built in sections, erected overnight and presented to Elisabeth the next morning as a surprise birthday gift. 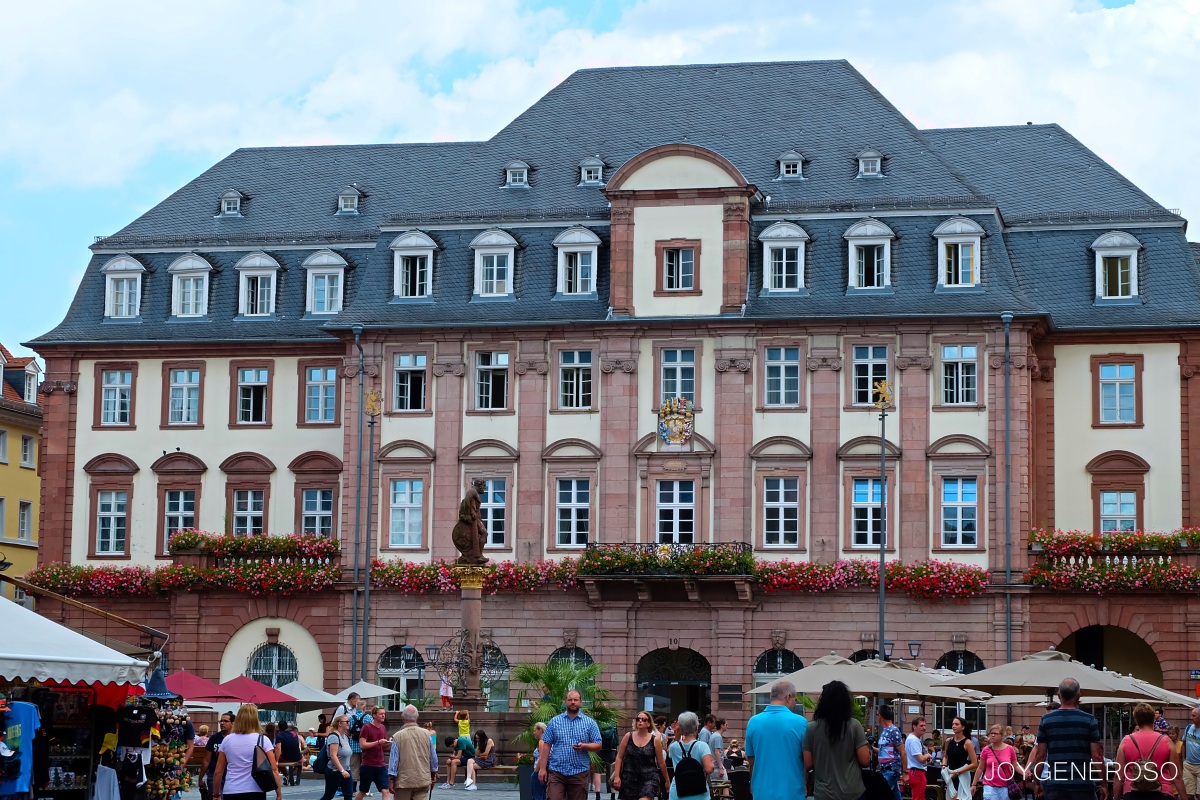 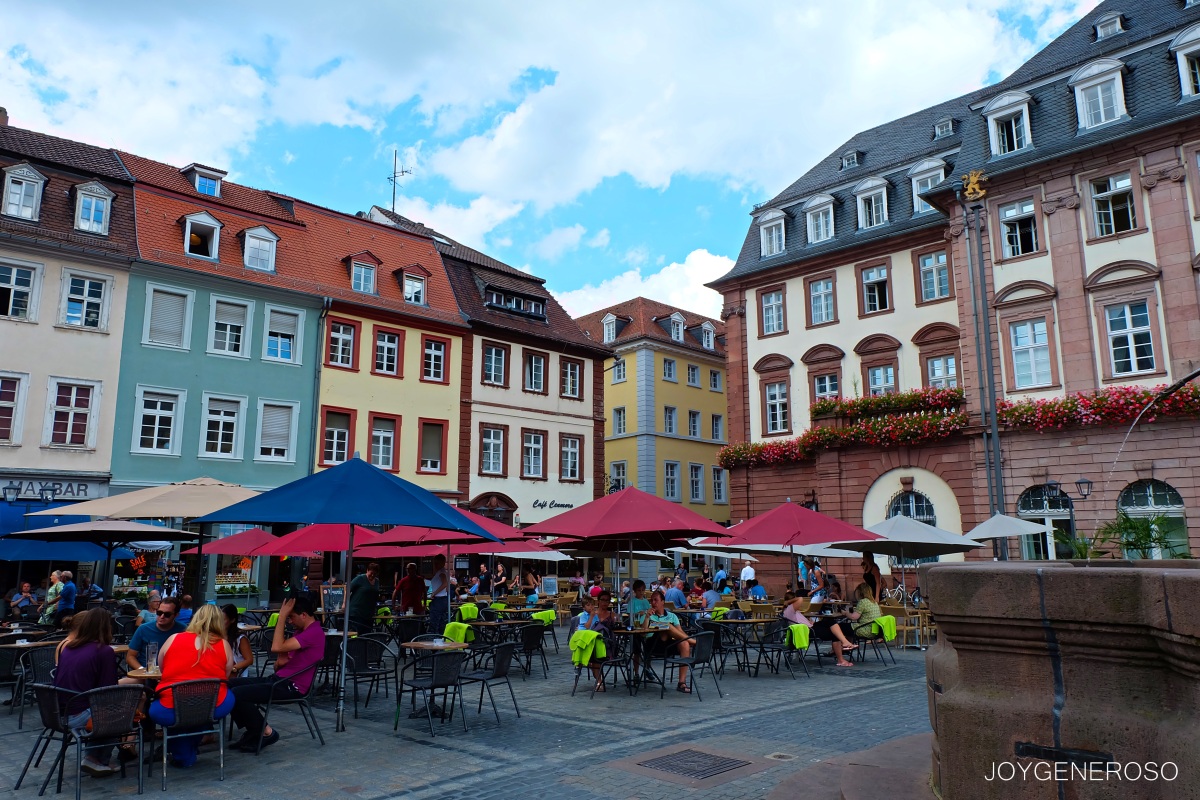 The Old Town showcased a beautiful Renaissance Architecture and Gothic Church of the Holy Spirit. 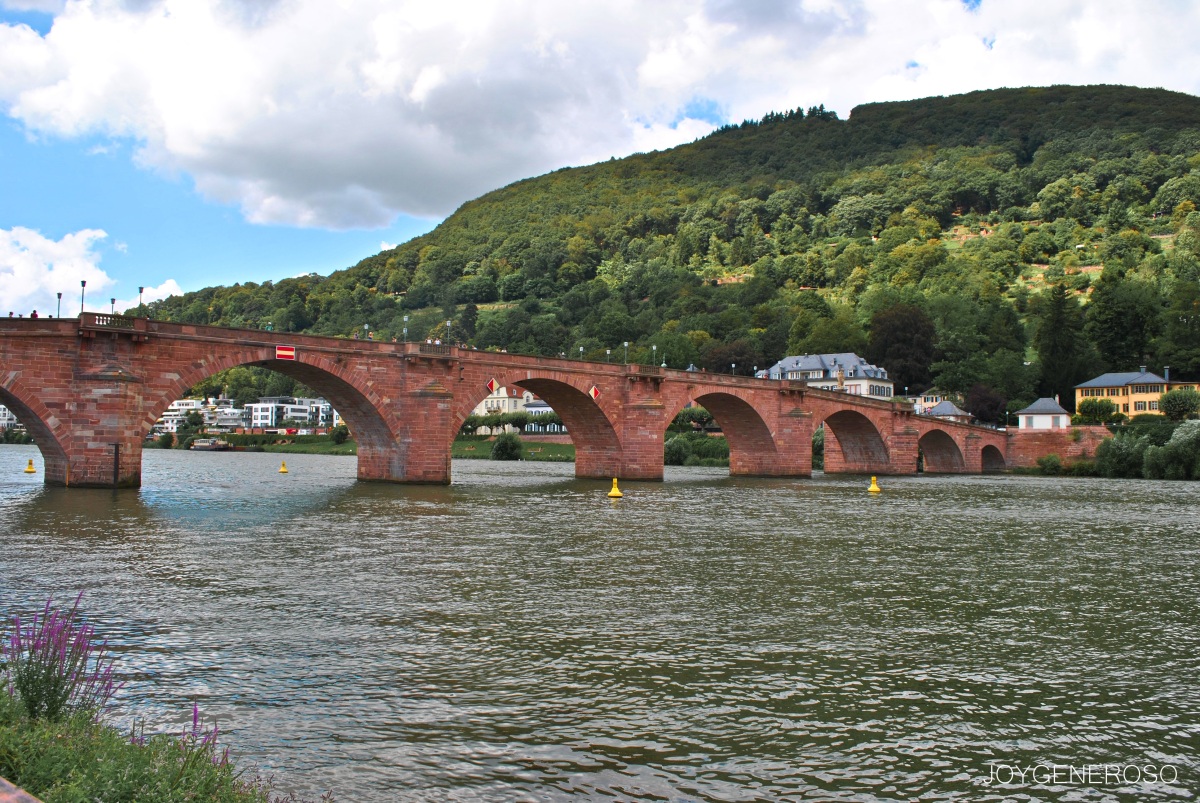 The Karl Theodor Bridge or commonly known as the Old Town bridge connecting from Marktplatz to the Neuenheim district.

The bridge is one of the best-known landmarks and tourist destinations in Heidelberg. 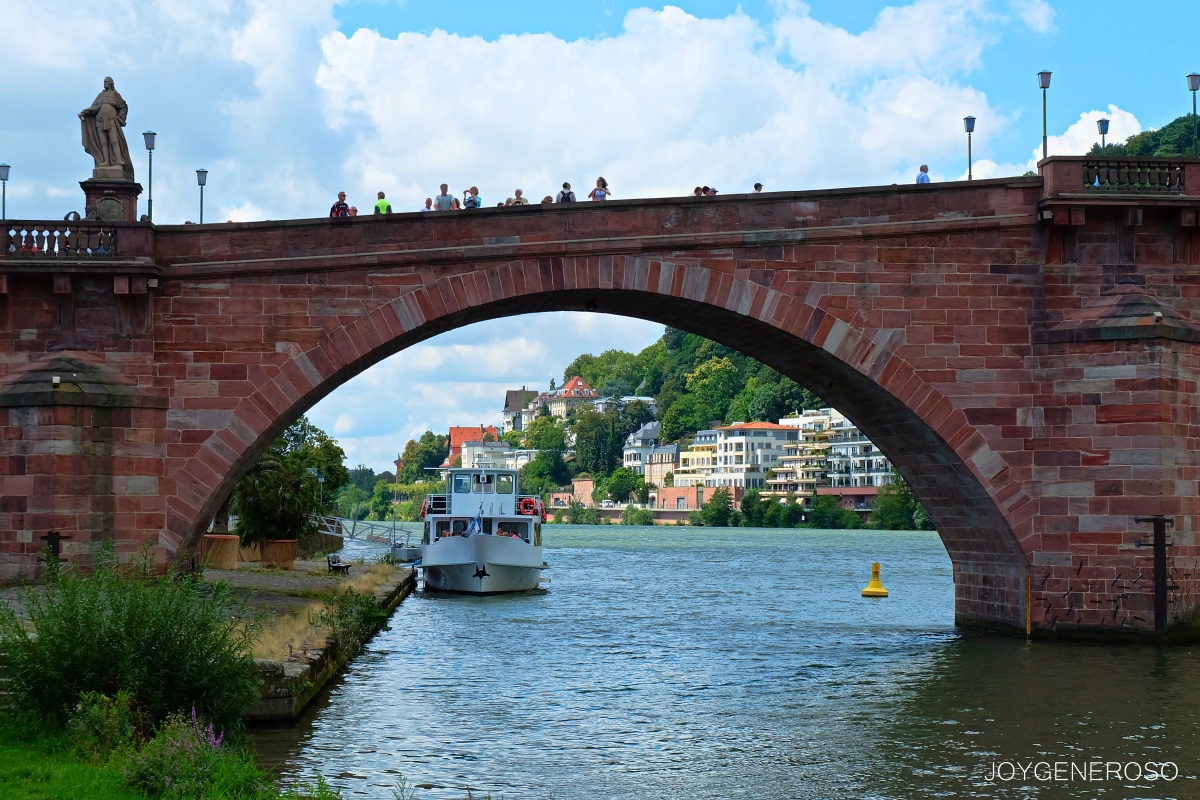 The eastern part of the Neuenheim district of the city on the opposite bank of the Neckar River.

It’s not only interesting to learn about the history of the place but once again Heidelberg captured my heart. From the stunning views overlooking the Neckar River, to the charming Old Town and the impressive architecture, it is definitely an exceptional place to visit. Now I understand why Heidelberg became an inspiration to artists like Mark Twain and Victor Hugo. It is truly an awe-inspiring and romantic place to visit.

How about you, have you been to Heidelberg? What are your thoughts about the place? Let me know by leaving a comment below.