The name PRAGUE itself sounds very intriguing and alluring. The city has always looked splendid in movies, TV shows and all social media channels. Dreamy as it can be, still everyone wants to see Prague’s captivating charm up close and personal. Don’t you? And just like me, I was also enticed to visit Prague because of the various advertisement I saw in all media outlets.

If you have been following my blog, I’m quite sure you’ve already read my first impressions of Prague and the reasons why we needed to revisit the city. If in case you haven’t, here’s the link: Exploring Prague: The City Of A Hundred Spires.

In this article I’ll be sharing some of our recommendations and things you need to know before visiting Prague. So if you wish to visit Prague in 2018 then this article is for you. 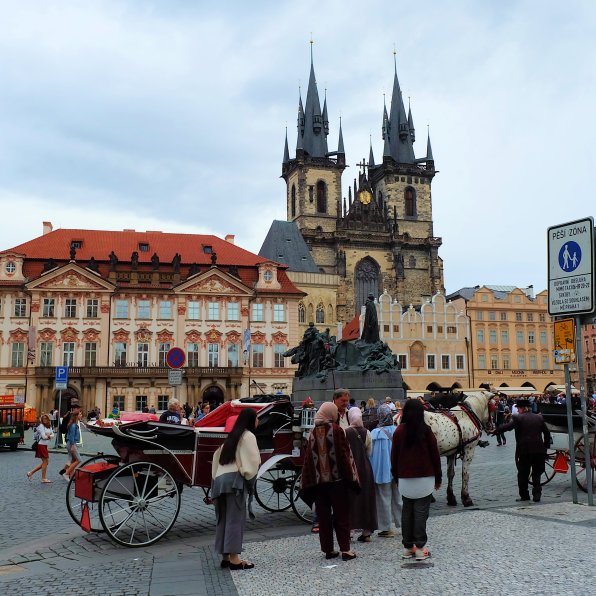 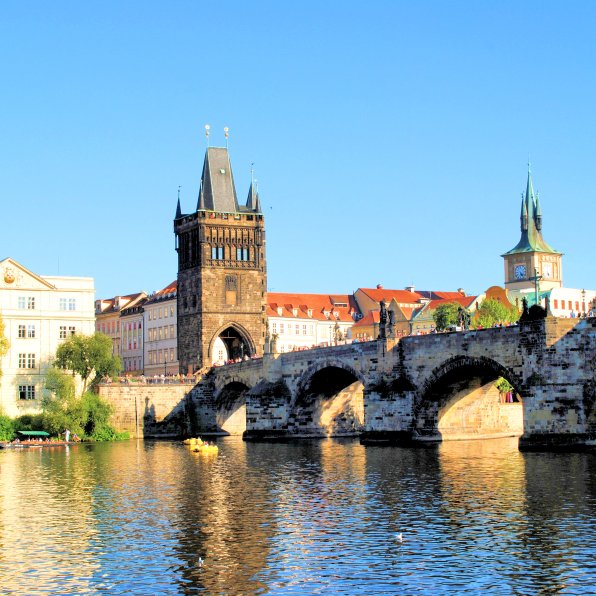 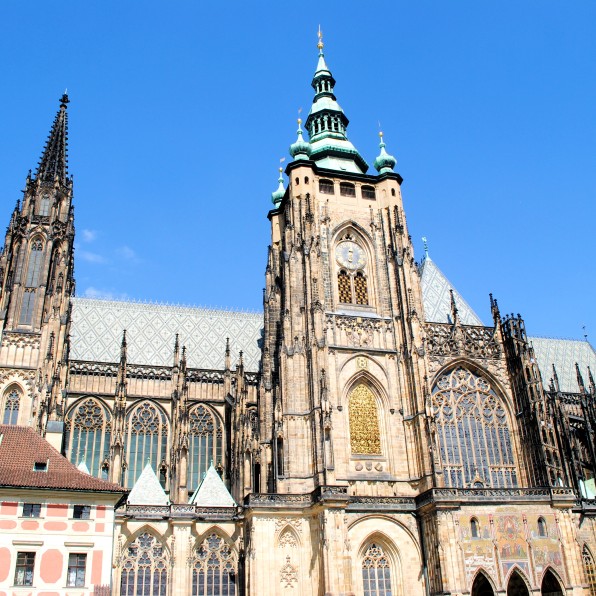 10 Things You Need To Know Before Visiting Prague

1. Prague is the capital city of Czech Republic. It is known as the city of a ‘hundred spires’. Why? Because of it’s Gothic architecture cathedrals and towers with pointy spire rooftops the are visible within the city. (As seen in the photos above.)

3. Their currency is Koruna. Although Czech Republic is part of EU, they have their own currency. It’s easy to change your money to Czech Koruna as there are many money changers in the city. However, the tricky part here is how to get the best conversion. Some money changers ask commissions plus hidden charges. The best conversion you can get is to withdraw the money directly using your ATM card.

4. It is an inexpensive city. Compared to many European cities, Prague is relatively cheap. Your dollars can go far if you know how and where to spend them.

5. Prague its no longer a hidden-gem. Thousands and thousands of tourist visit the city every year. This makes Prague one of the most visited cities in the world.

6. Summer isn’t an ideal time to visit. Majority of the tourists usually come during summer. To avoid the crowds, it is best to visit during Spring or early Fall. Fewer crowds, chilly weather but not very cold and accommodations aren’t that expensive.

7. The Czech’s are the no. 1 beer drinking nation in the world. They are extremely passionate about beer and had been drinking beer since at least 900 A.D. (For me, the best tasting beer is the Czech’s)

8. Bring cash all the time. Many places especially small bars, restaurants and establishments do not accept credit cards.

10. Be careful all the time. The city has low records of violent crimes but theft and pickpockets are common particularly in the touristy areas like the Charles Bridge, Old Town Square and Wenceslas Sqaure.

Few words you need to know – Although Czech’s can speak English it is best to learn few words if you want to interact with the locals.

Recommendations: Top Things To Do

A UNESCO World Heritage site, it consists of a large-scale composition of palaces and ecclesiastical buildings of various architectural styles, from the remains of Romanesque-style buildings from the 10th century through Gothic modifications of the 14th century. – (hrad.cz)

* Explore the Prague castle complex – If you have a full day to explore the city, it would be best to start your tour in Prague castle. The castle complex is quite big and there are several attractions inside that might take at least 2 hours to see everything. The place can get very crowded particularly in the middle of the day. Make sure to go there early to beat the crowd if you want to maximize your visit.

Charles Bridge is a stone Gothic bridge that connects the Old Town and Lesser Town (Malá Strana). It was actually called the Stone Bridge (Kamenný most) during its first several centuries. Its construction was commissioned by Czech king and Holy Roman Emperor Charles IV and began in 1357. In charge of the construction was architect Petr Parléř whose other works include the  St.  Vitus Cathedral  at  the Prague Castle. It is said that egg yolks were mixed into the mortar to strengthen the construction of the bridge. – myczechrepublic.com

* Walk Through the Iconic Charles Bridge – This bridge is the famous landmark of the city. It’s nice to be on it, however, the best place to take photos of this iconic landmark is on the other side of the bridge with the Prague castle at the background. You can also climb the tower at the edge of the bridge to see an amazing panoramic view of the city.

The square features various architectural styles including the Gothic Church of Our Lady before Týn, which has been the main church of this part of the city since the 14th century; the church’s towers are 80 m high. Prague Orloj is a medieval astronomical clock located on the Old Town Hall. The clock was first installed in 1410, making it the third-oldest astronomical clock in the world and the oldest one still in operation. – Wikipedia

* Admire The Historic Old Town Square – This beautiful Old Town Square is a few minutes walk from the Charles Bridge, just walk straight ahead and you will see the Gothic Church of Our Lady of Tyn.

Legends about the origins of the Prague Astronomical Clock are many. The most famous one, however, is that it was built by Master Hanuš in 1410. The city councillors at that time were so delighted with the clock that they later began to fear that Master Hanuš would build one like it for another European city. Therefore one dark night they had him blinded, and thus the wondrous clock remained only in Prague. Whether or not this legend is true, what is certain is that at the top of every hour figures on the sides of the clock become animated and two windows open up to reveal 12 apostles greeting the city. On the sides of the clock you’ll see a skeleton ringing a bell, a Turk shaking his head, a miser with a purse full of money, and Vanity looking in a mirror. The whole performance ends with the crowing of a golden rooster and the ringing of the huge bell at the top of the tower. It is also said that at the first cock-crow in the morning the ghosts and devils flee from Prague. – czechtourism.com

* Watch the Astronomical Clock Show – Located at the Old Town Hall Tower, the medieval clock is a must-see when you’re in the Old Town Square. Every hour starting from 9:00 am to 11:00 pm the clock sets to move and the procession of the apostles will be visible for 45 seconds. 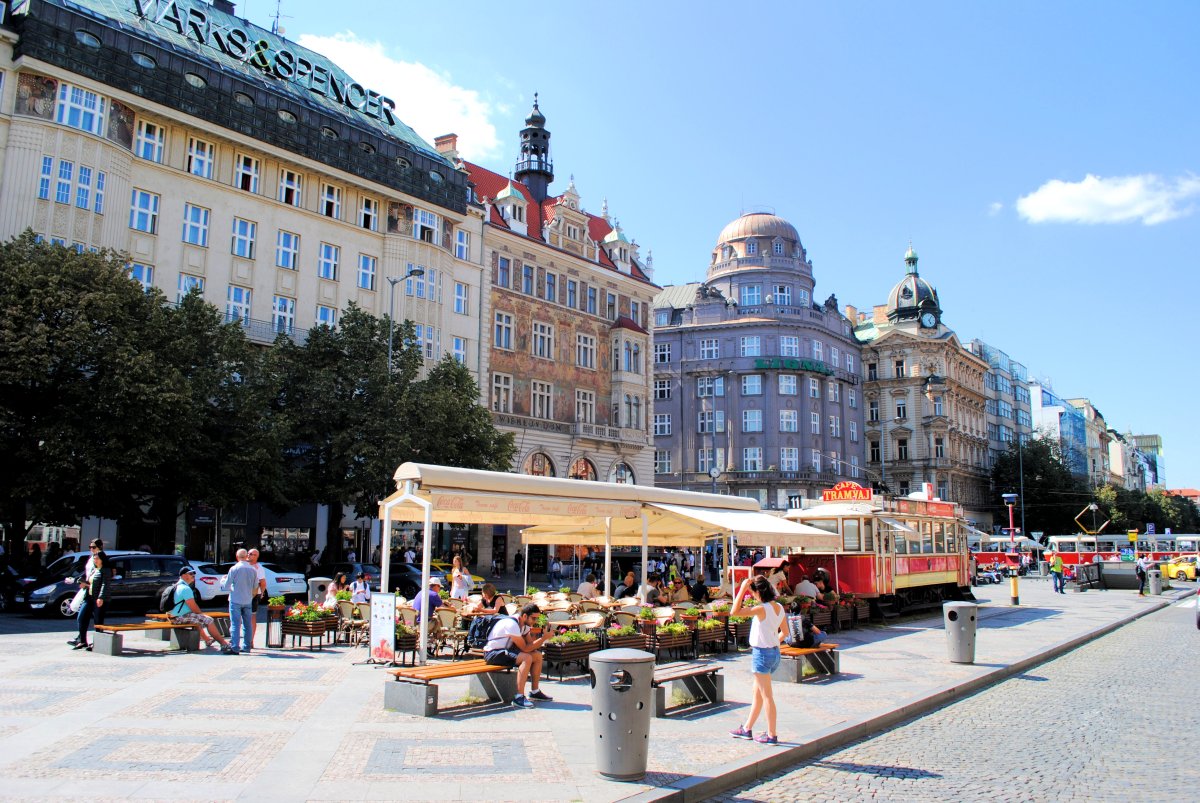 One of the main city squares and the centre of the business and cultural communities in the New Town of Prague, Czech Republic. Many historical events occurred there, and it is a traditional setting for demonstrations, celebrations, and other public gatherings. The square is named after Saint Wenceslas, the patron saint of Bohemia. It is part of the historic centre of Prague, a World Heritage Site. – Wikipedia 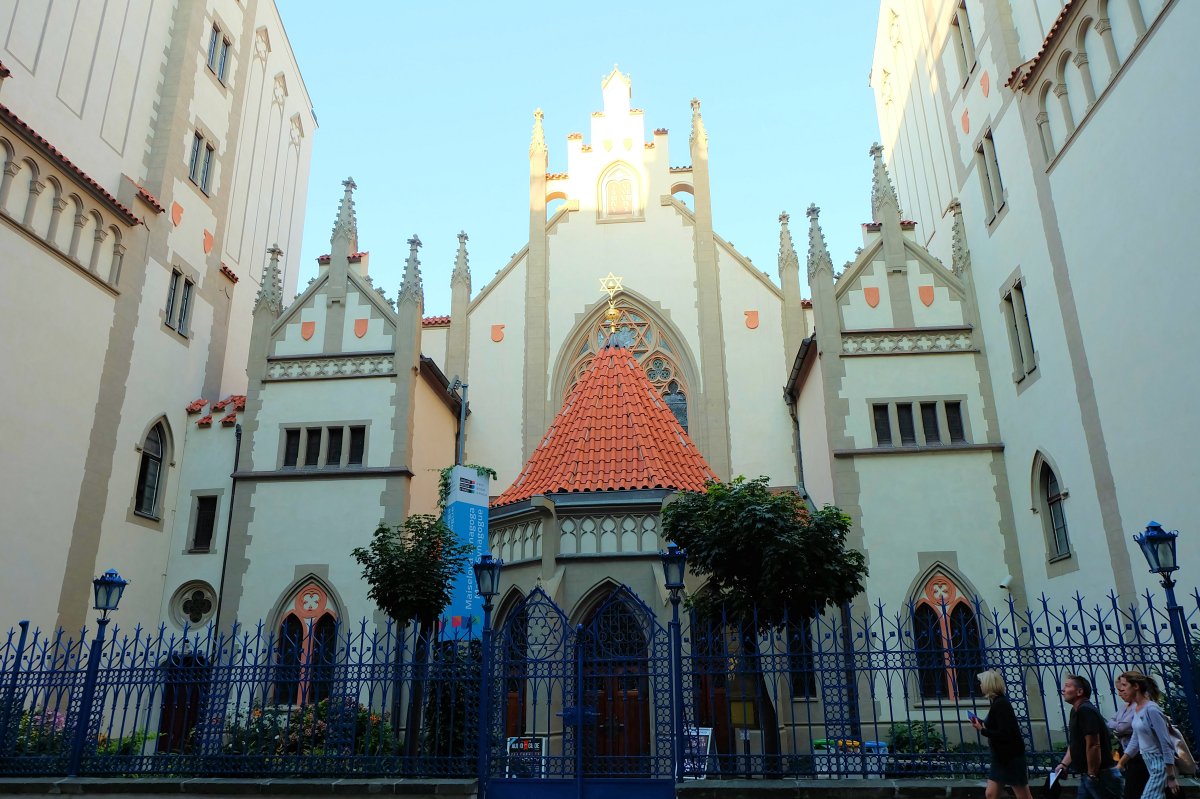 * Visit Jewish Quarters – Several Jewish Synagogues can be found near the Old Town Square. If you’re into history and would like to know what happened to the Jewish people during the holocaust, then you might as well visit the quarters which are now regarded as the Jewish Museum in Prague.

* Vltava River Cruise – The river cruise is another relaxing option if you want to see Prague in a different perspective. It offers amazing views of the Prague Castle, Charles Bridge and Kampa Island.

* John Lennon Wall – This John Lennon inspired graffiti wall was created to give tribute to the famous singer/songwriter. Every day many visitors come here and write their messages on the wall. It is also a popular spot for Instagrammers.

* Traditional Czech Folk Music & Dance Evening with Dinner  – After seeing the sights of the city, it’s nice to enjoy a traditional dinner show. This show cost 35 euros per person and it includes hotel transfers, welcome drinks, a 3-course meal and unlimited beverages (local wines and beer). It’s a fun way to know Czech’s traditional music and dance. The performers are very good and you can dance along too.

This bread is called Trdelnik, one of my favorite treats in Prague. I prefer having the plain one, although there are many options to choose from. I highly suggest that you try the freshly baked ones.

Trdelnik – The Czech variation of this treat is relatively simple compared to its counterparts in some other lands. Dough is rolled into thin strips, wound around a spindle called a “trdlo”, glazed with sugar and grilled over open coals until the dough is cooked brown and the sugar caramelized. After the cooking is complete, they are rolled in trays containing a mix of sugar, cinnamon and chopped nuts before being served.

* Try Some Local Food – Czech’s are meat eaters. One of the popular meat dish that is a must-try is Svickova na Smetane – a beef sirloin in a cream sauce served with bread dumpling, cream and cranberries.

Most of the attractions mentioned above are walking distance from each other and everything can be explored in a day. In our case, Derick and I opted to take the Hop-on Hop-off tour so we can see other areas of the city. The Vltava River cruise was also included in the Hop-on Hop-off ticket. It was actually a very good deal and at the same time, hassle free.

Now that you’ve learned something about Prague, are you excited to see it in person? Enjoy and happy travels! If you like this post please give it a thumbs up and follow me on my social media accounts. Thanks!