After Exploring Northwestern Attractions and the Catamaran Cruise to Ile aux Cerfs, Let us take an in-depth tour of the southern part of Mauritius, which features gorgeous landscapes and hidden treasures.

Derick and I were both excited about this tour because it was our chance to not only see the island’s beautiful natural landscapes but also get to sample authentic Creole food. As I’ve said in my previous articles, Mauritius is not only about beaches and water activities. The island country is also rich in both natural and cultural history that is worth paying attention to.

The Mauritius Southwestern Landscape Tour was an 8-hours tour covering the Chamarel Waterfalls, Seven Colored Earth and sand dunes, La Rhumerie de Chamarel distillery, Grand Basin and Trou aux Cerfs. We also did a short stop along the way to take pictures of some interesting sites and also do some souvenir shopping.

Welcome drinks (juice, coffee and tea) were served here before the tour begins.

Our tour commenced at the Le Morne Angler’s Club where we met our tour guide and fellow travelers. From our hotel we were picked up by a private car and our driver brought us to Grande Riviere Noire.

The Maconde’ Rock is one of the viewpoints in the southern part of the island. This lookout offers panoramic views of the mountains, river and the sea. 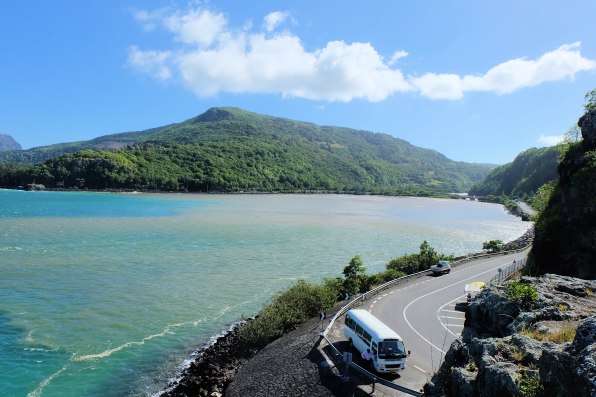 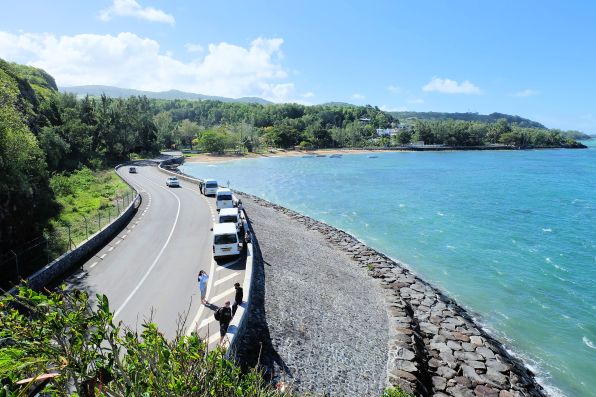 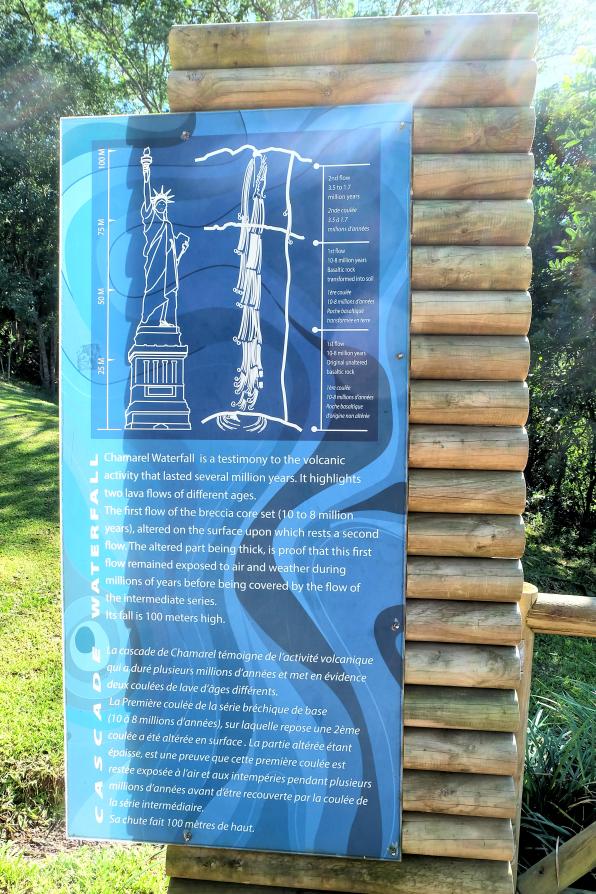 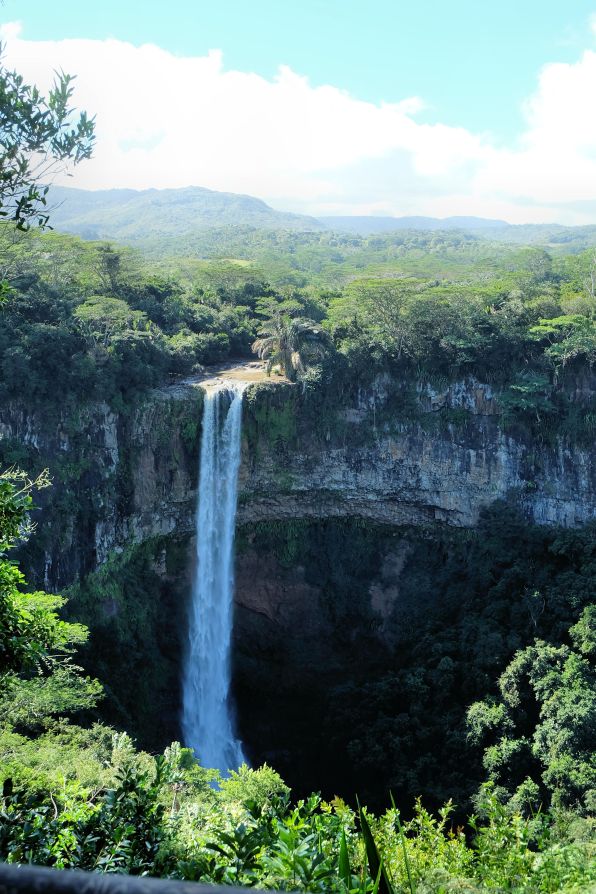 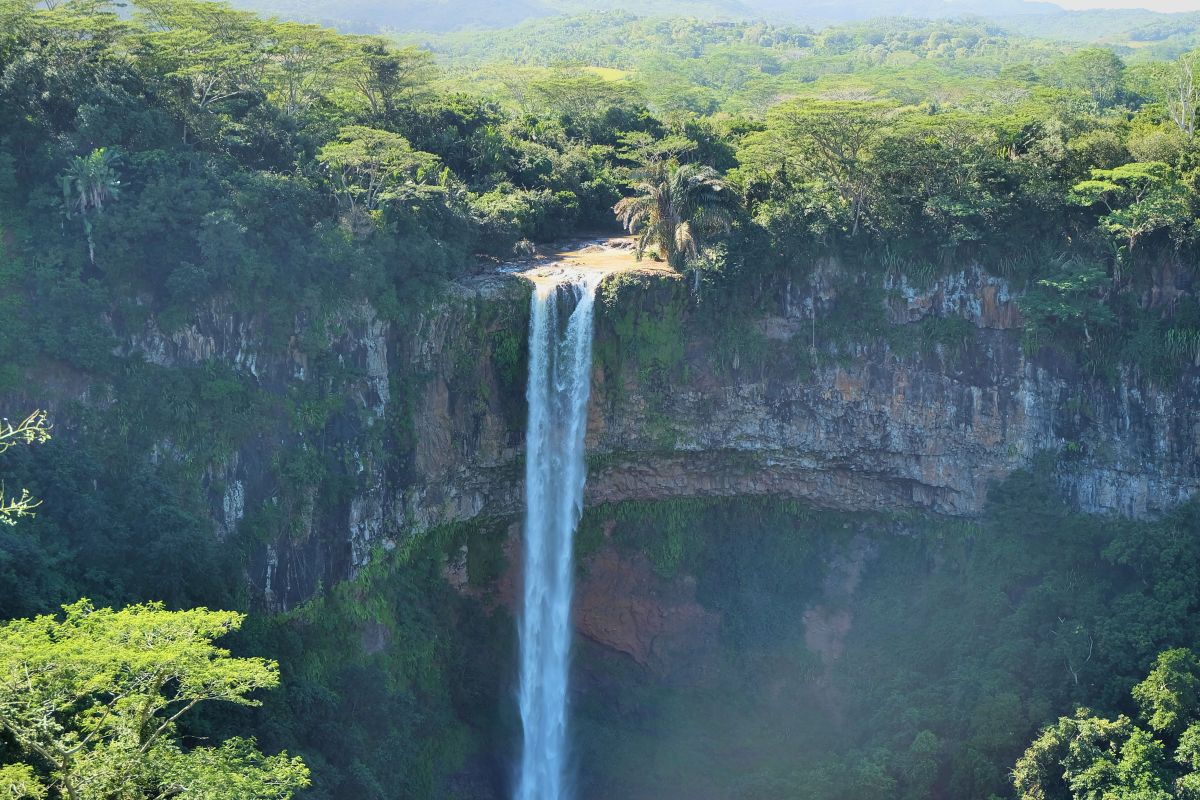 The Chamarel Waterfalls is located in Chamarel Village. It is known as the highest waterfalls in Mauritius and one of the popular natural attraction in the country. 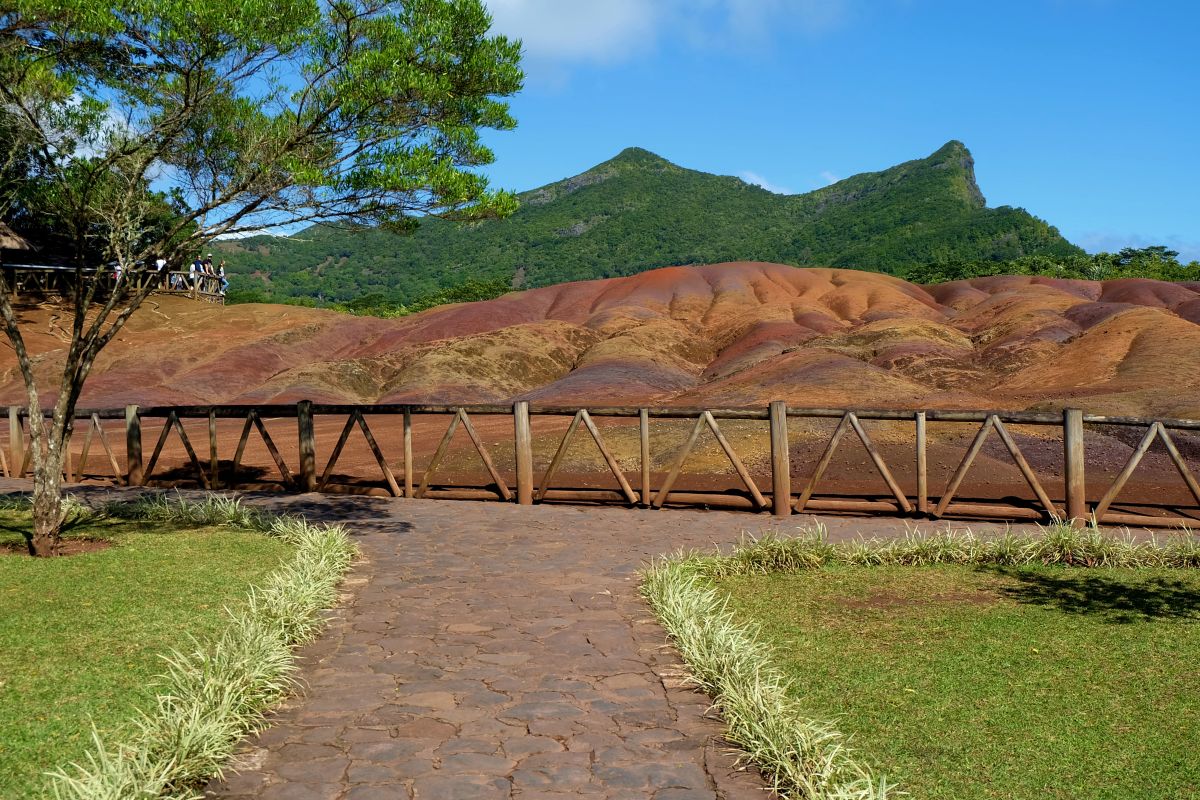 The Seven Colored Earths is a phenomenon resulting from color variations due to cooling of molten rock. The lava formations are estimated to be of 3.5 to 7 million years in age. These are heaps of exposed earth’s crust which show up in seven colors when the sun light falls on them. (Source from Wikipedia) 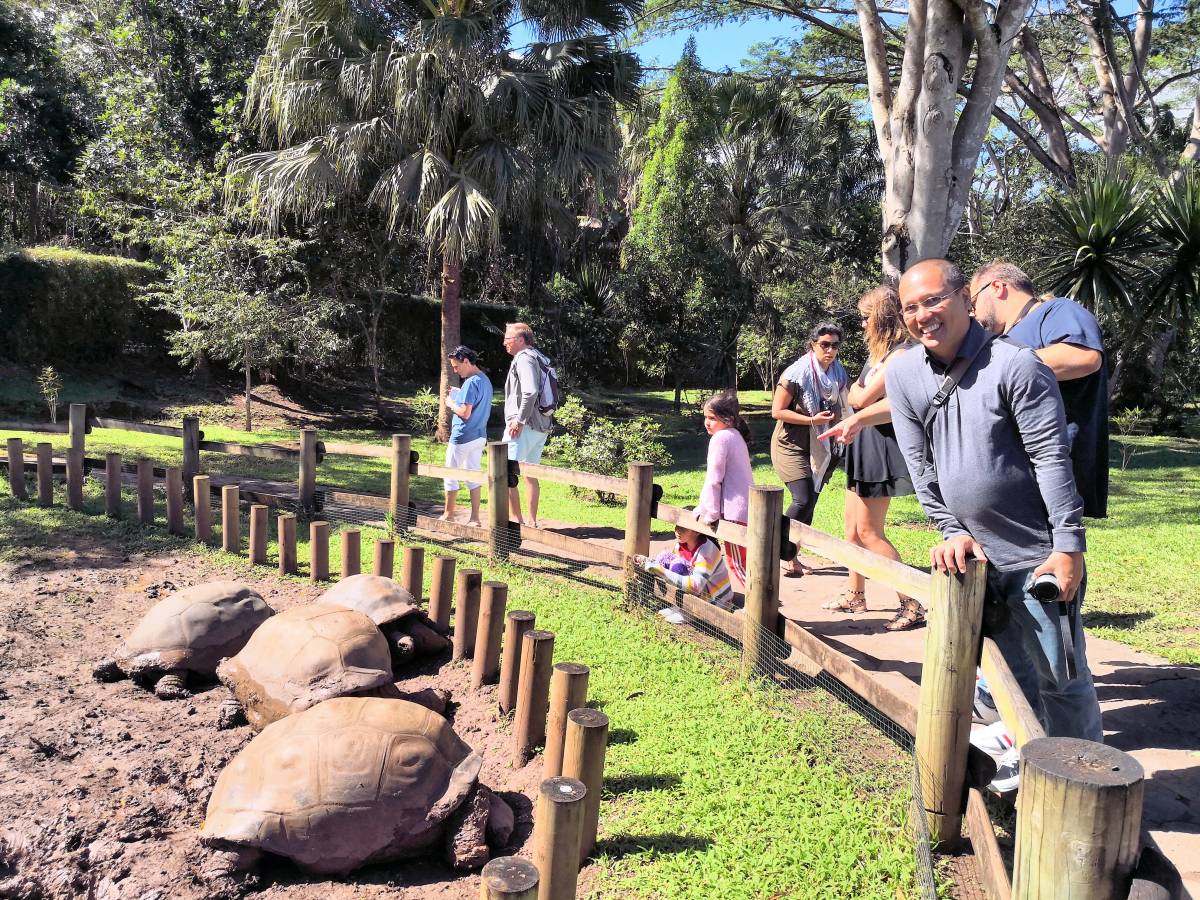 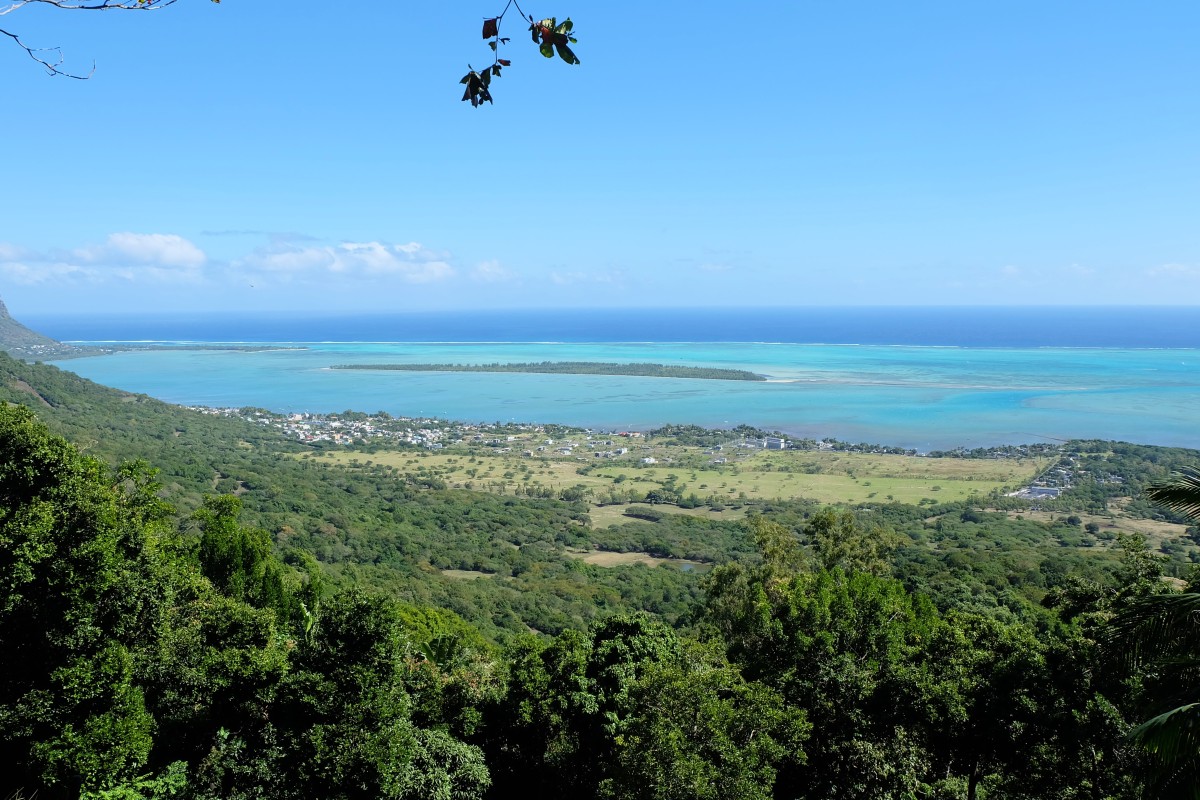 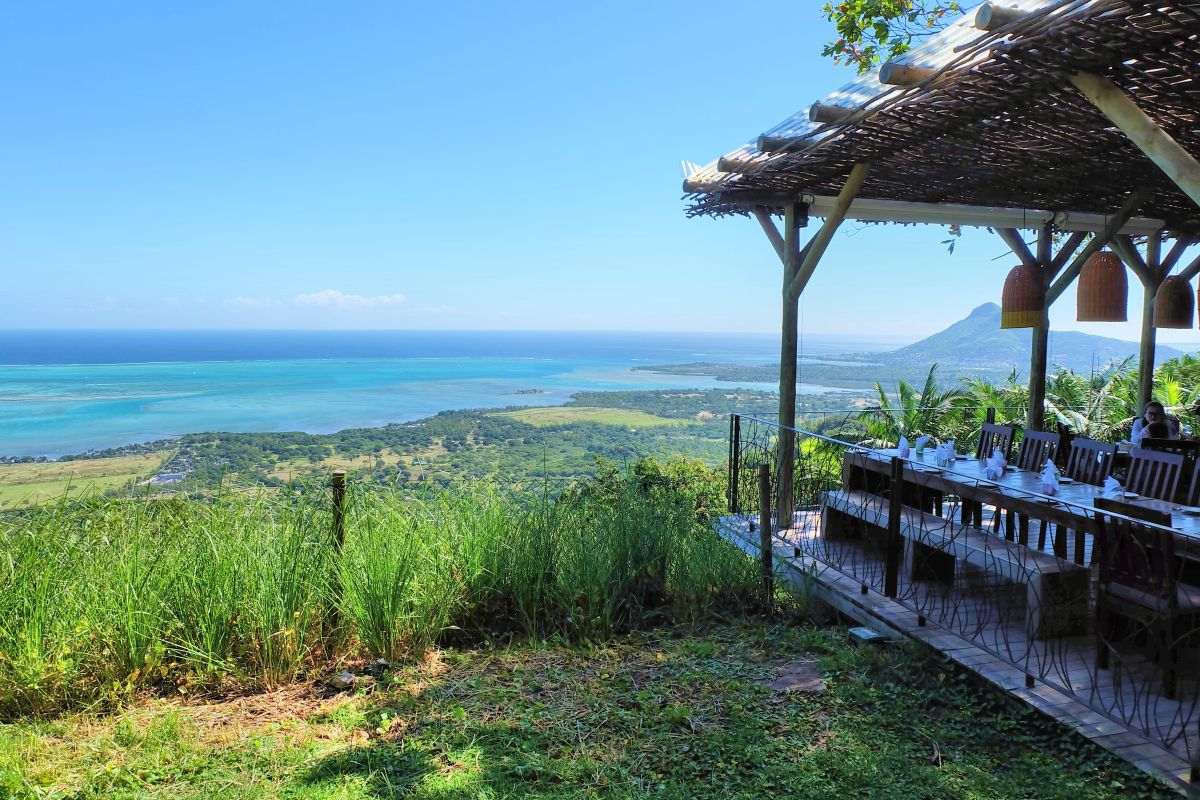 Who wouldn’t fall in love with these views.

Perched on the mountain top is the Le Chamarel Restaurant. As a lover of beautiful scenery, the best surprise for me was the beautiful restaurant where we had our Creole lunch. It is probably the restaurant that has the most spectacular panoramic views of the island.  The rustic ambiance combined with delicious Creole lunch was a totally remarkable experience. 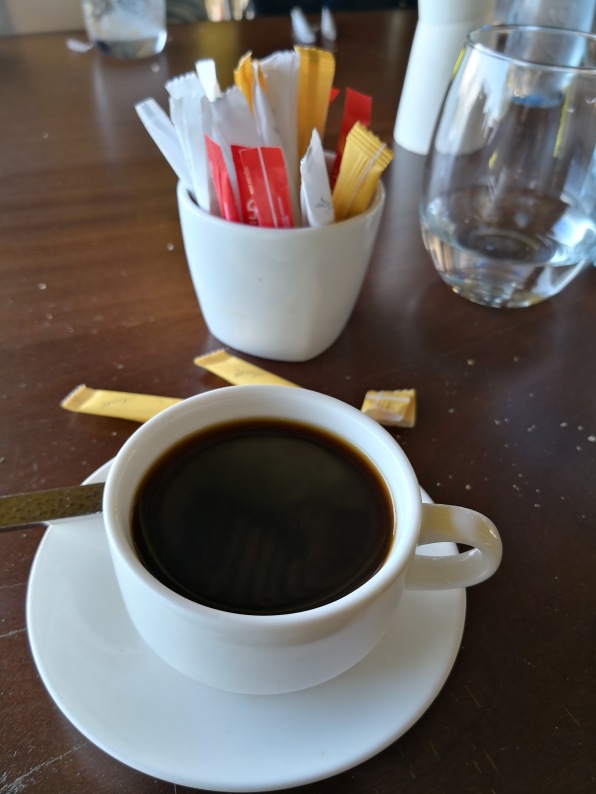 I’m glad we were able to sample authentic and delicious Creole food during this trip. The true taste of Mauritius and its breathtaking views was the best highlight for me.

After our filling lunch at the Le Chamarel, we went straight to Rhumerie de Chamarel. The Chamarel Rum distillery is one of the country’s leading Rum producer. Here, guest were given orientation tours on how rum was prepared starting from gathering raw ingredients until its final product. 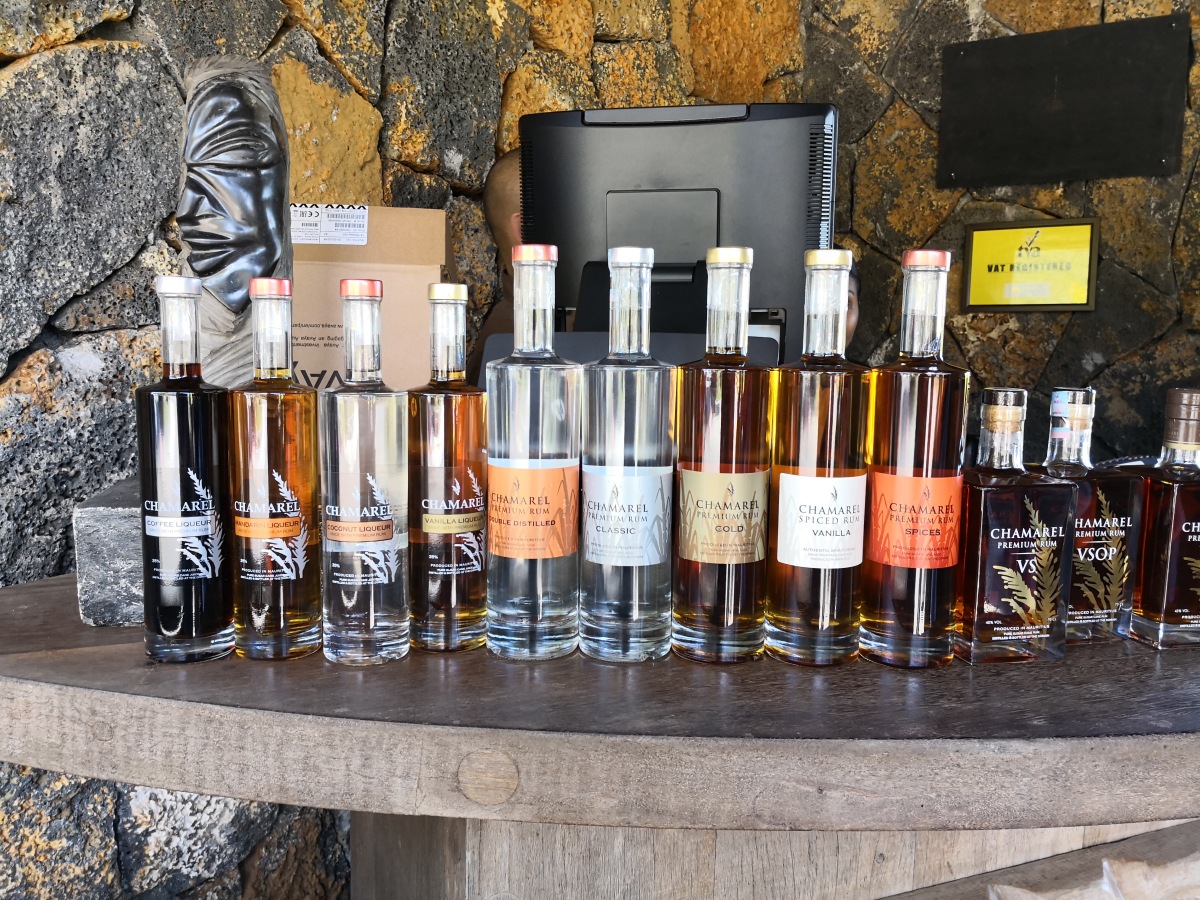 As part of our tour, we were given time to sample the different kinds of rum products they have produced in the distillery. You can taste as many as you like but for me and Derick we only chose 3 flavors to try.

Since I’m not into alcoholic beverages, I was more attracted to the place than its Rum products. The beautiful gardens and the ambiance of the place makes it ideal for picture taking. Although there were other local products that you can bring home for gifts like honey, fruit jam and local souvenir items.

This park protects most of the island’s remaining rainforest although much of this has been degraded by introduced plants such as Chinese guava and privet and animals such as rusa deer and wild pigs. Several areas have been fenced off and invasive species have been eradicated from them to preserve native wildlife. Many endemic plants and animals can still be found in the park which include the Mauritian flying fox and all of the island’s endemic birds: Mauritius kestrel, pink pigeon, Mauritius parakeet, Mauritius cuckoo-shrike, Mauritius bulbul, Mauritius olive white-eye, Mauritius grey white-eye and Mauritius fody.

Statues at the entrance of the lake.

Grand Bassin or Ganga Talao as known to locals is a crater lake situated in a secluded mountain area in the district of Savanne.

Me at the viewing area

Trou aux Cerfs is a dormant volcano with a well-defined cone and crater. It is 605 m (1,985 ft) high and located in Curepipe, Mauritius. The crater is about 300 and 350 meters in diameter, and is 80 meters deep. It was formed less than 2 million years ago, in the second phase of the volcanic activities that created Mauritius. 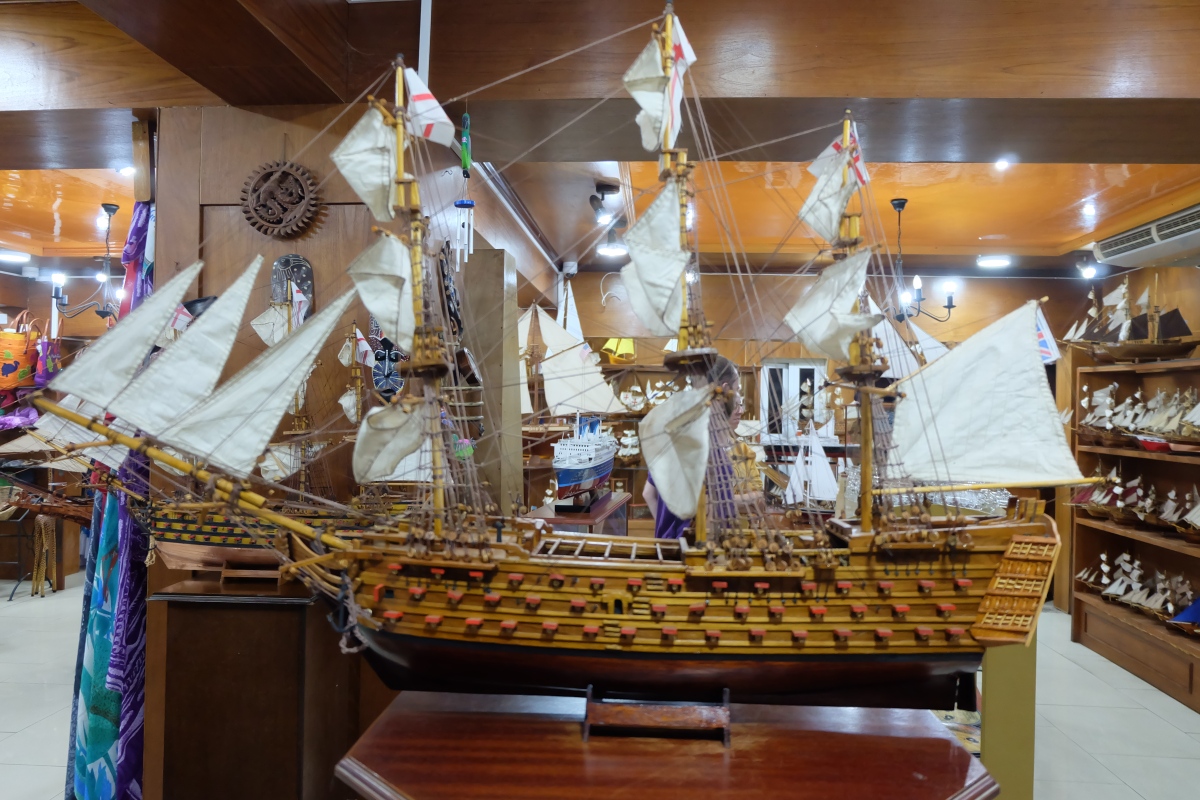 Of course no tour is complete without visiting a local souvenir shop. One of the famous souvenir items you can get in Mauritius is the Ship model. We visited one Ship model factory and we saw how these miniature ships were made. Every ship were done meticulously by hand which cost a little expensive for me. However if you are a collector it’s the best opportunity to have a piece of Mauritius in your collections.

We booked this tour through Viator which was organized by Connections Travel. The tour was so worth it and well organized. Our amazing tour guide Hena Davedos was very good and knowledgeable. We highly recommend this tour when in Mauritius. If interested you may check Viator or contact the Connections website.

Doing this tour completed our romantic and full of adventure escape in the beautiful island of Mauritius. I’ll be posting our DIY Itinerary in Mauritius soon, so please stay tuned.

Notes: Some information mentioned above are taken from Wikipedia.